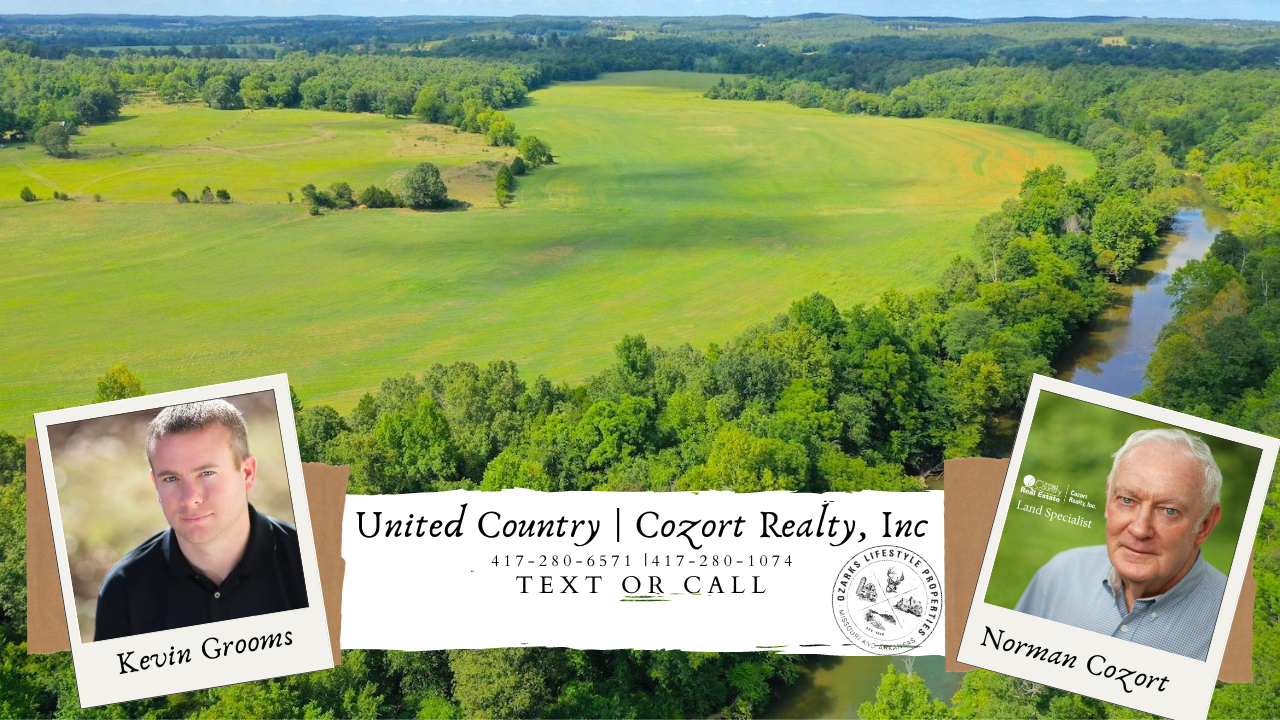 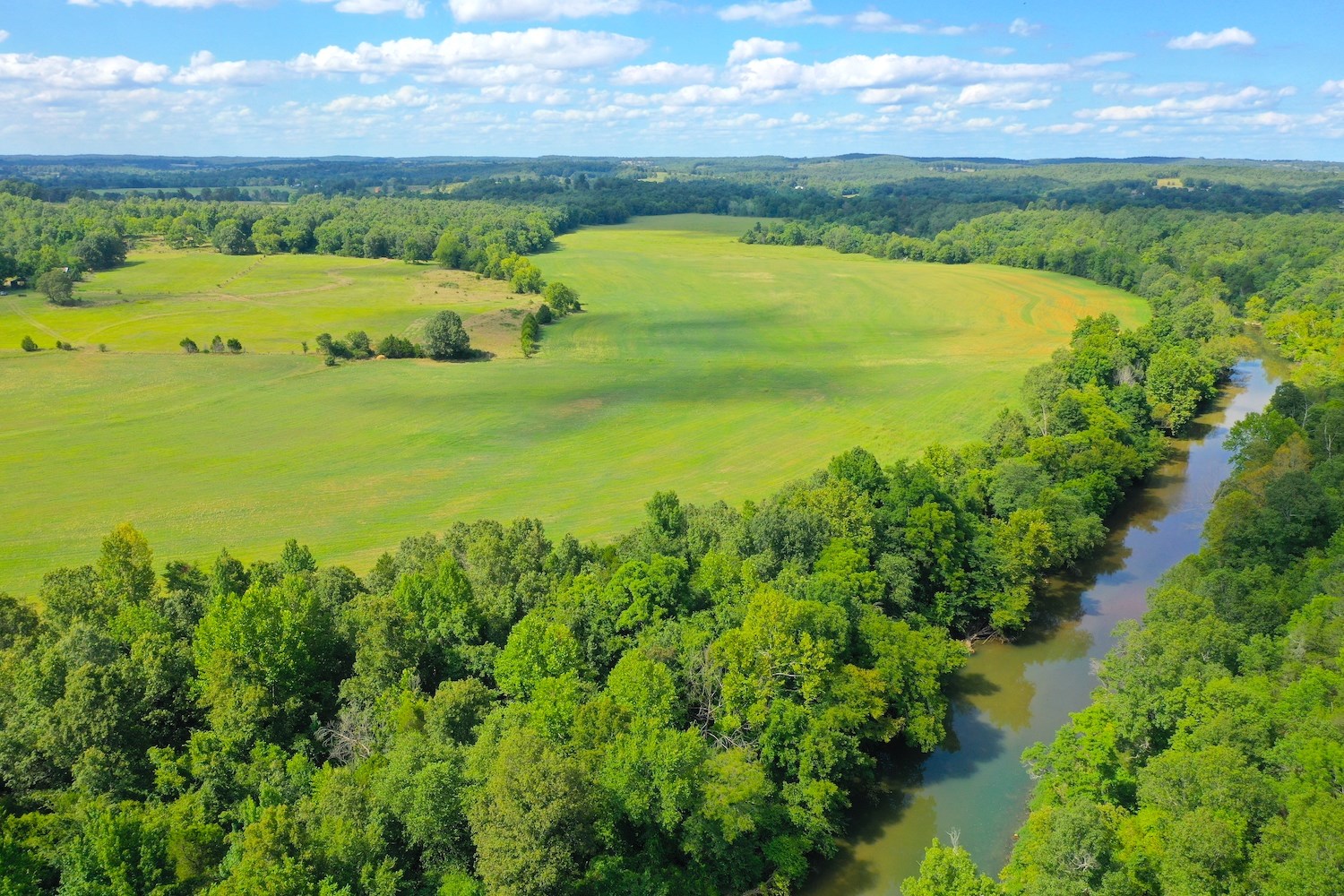 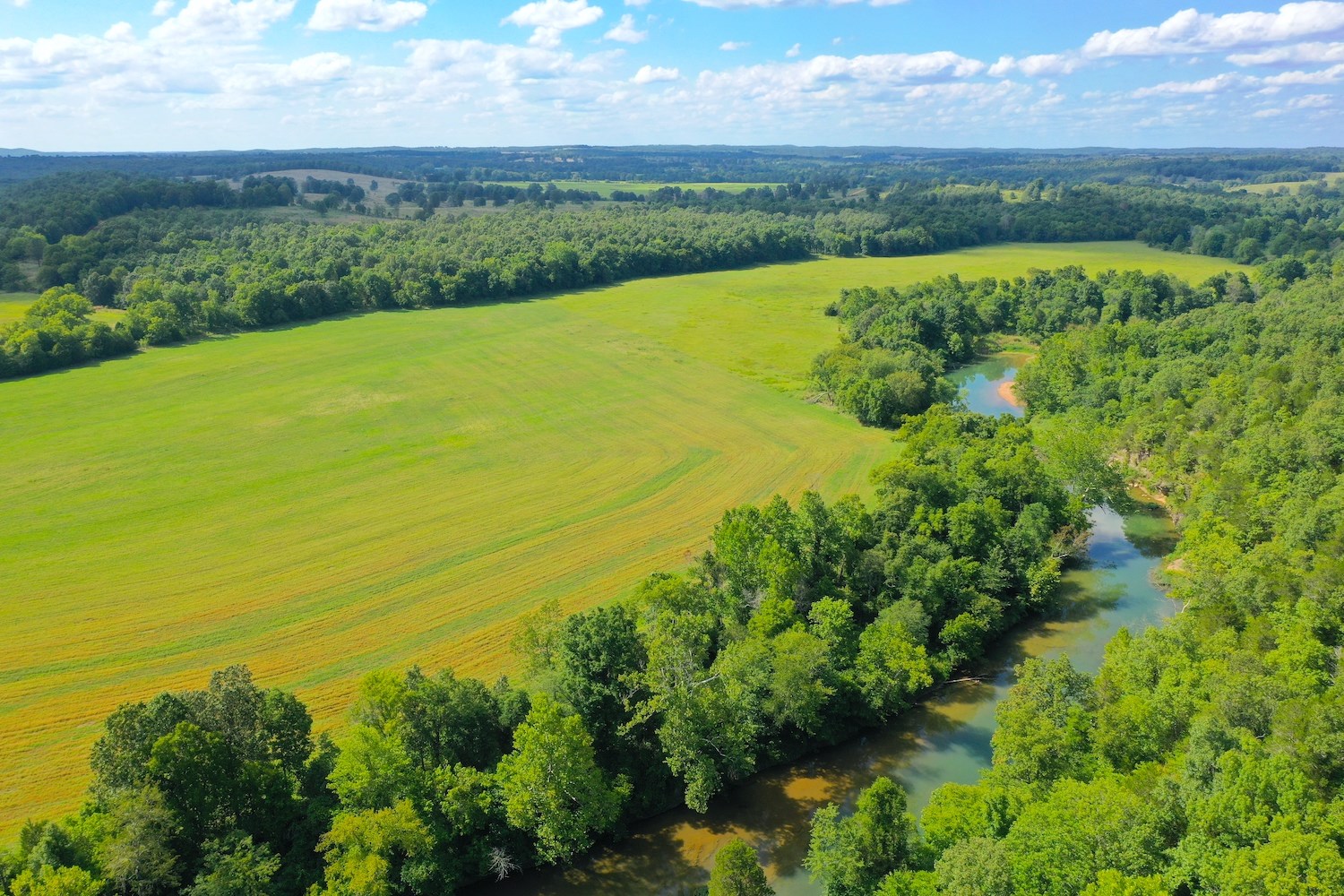 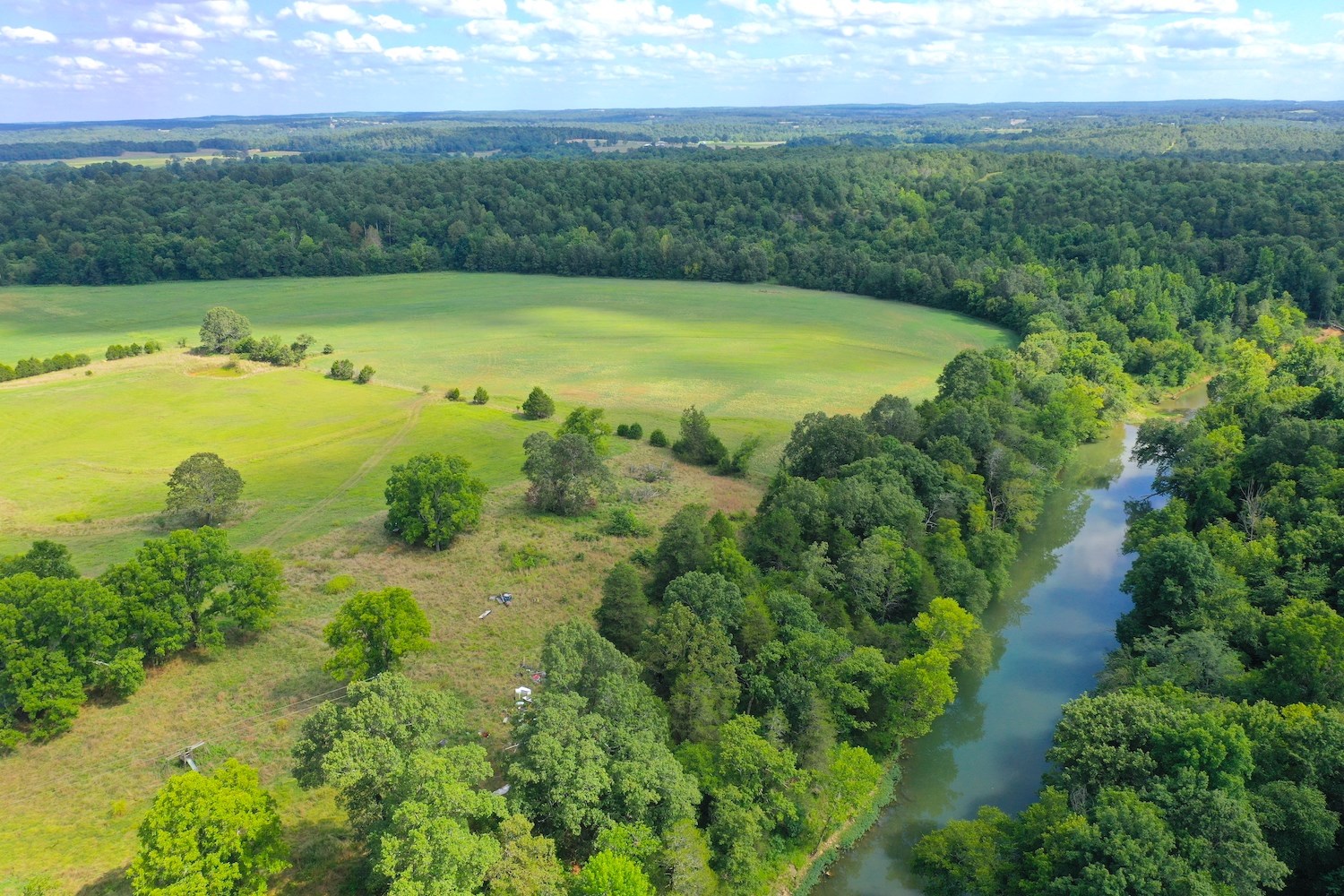 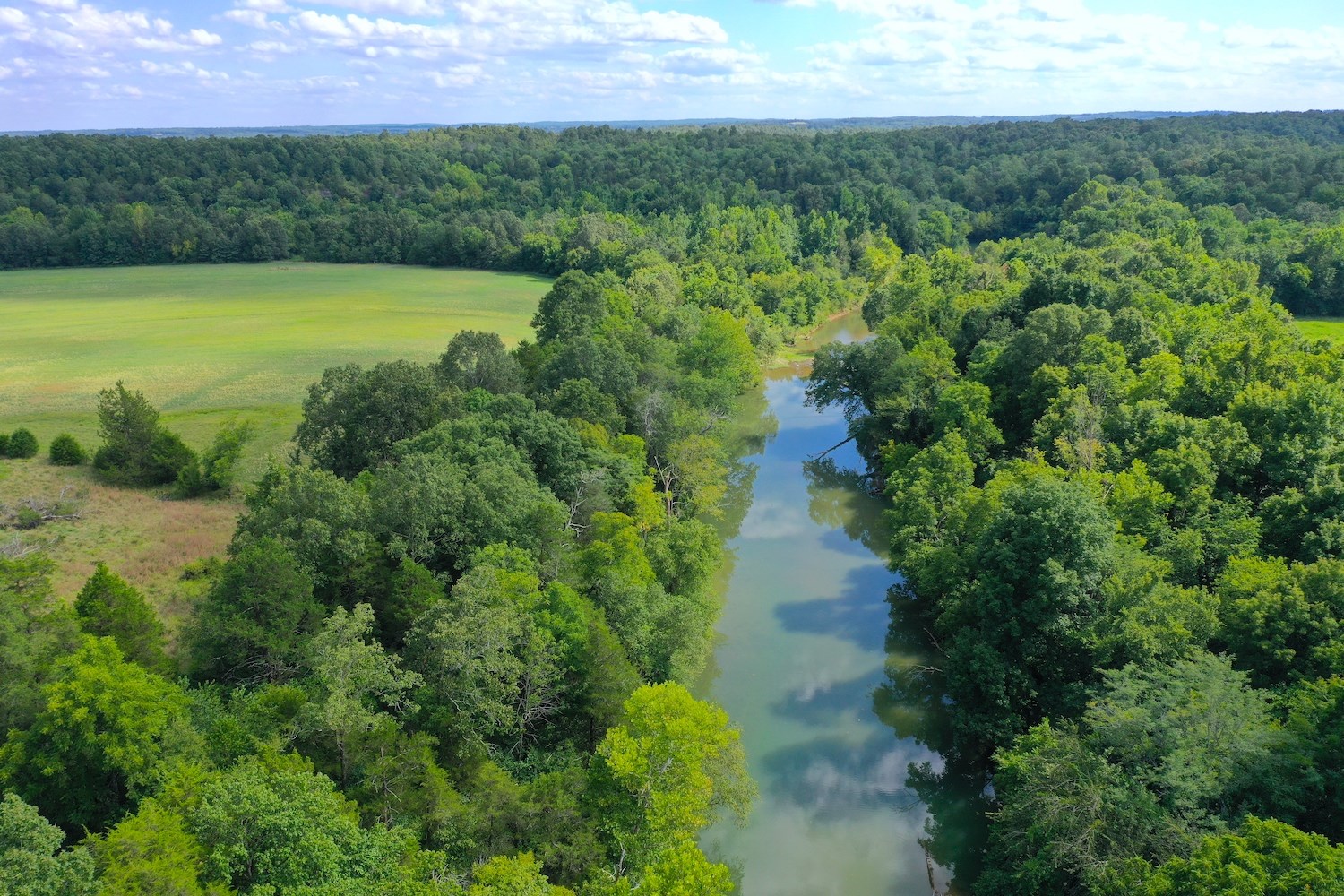 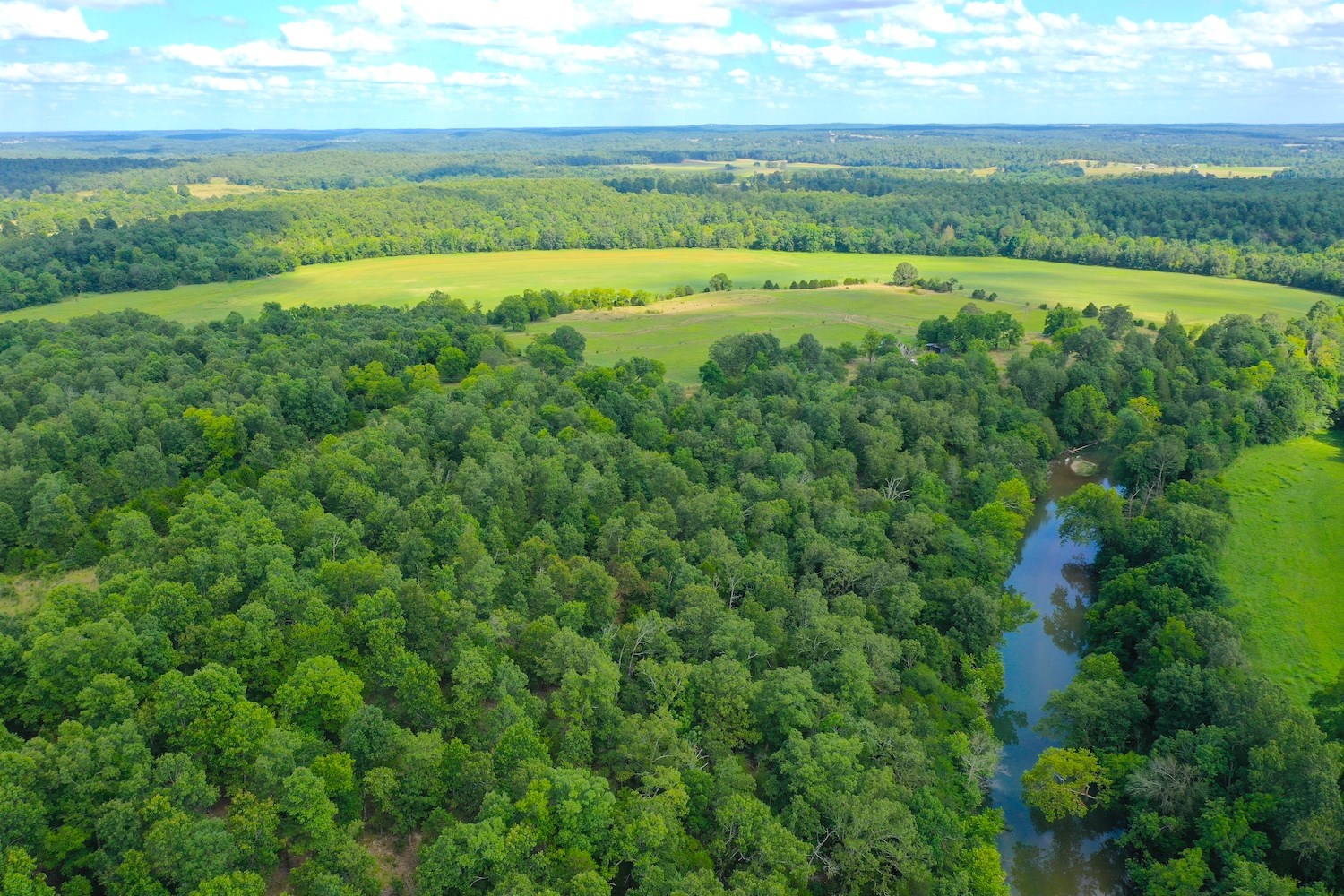 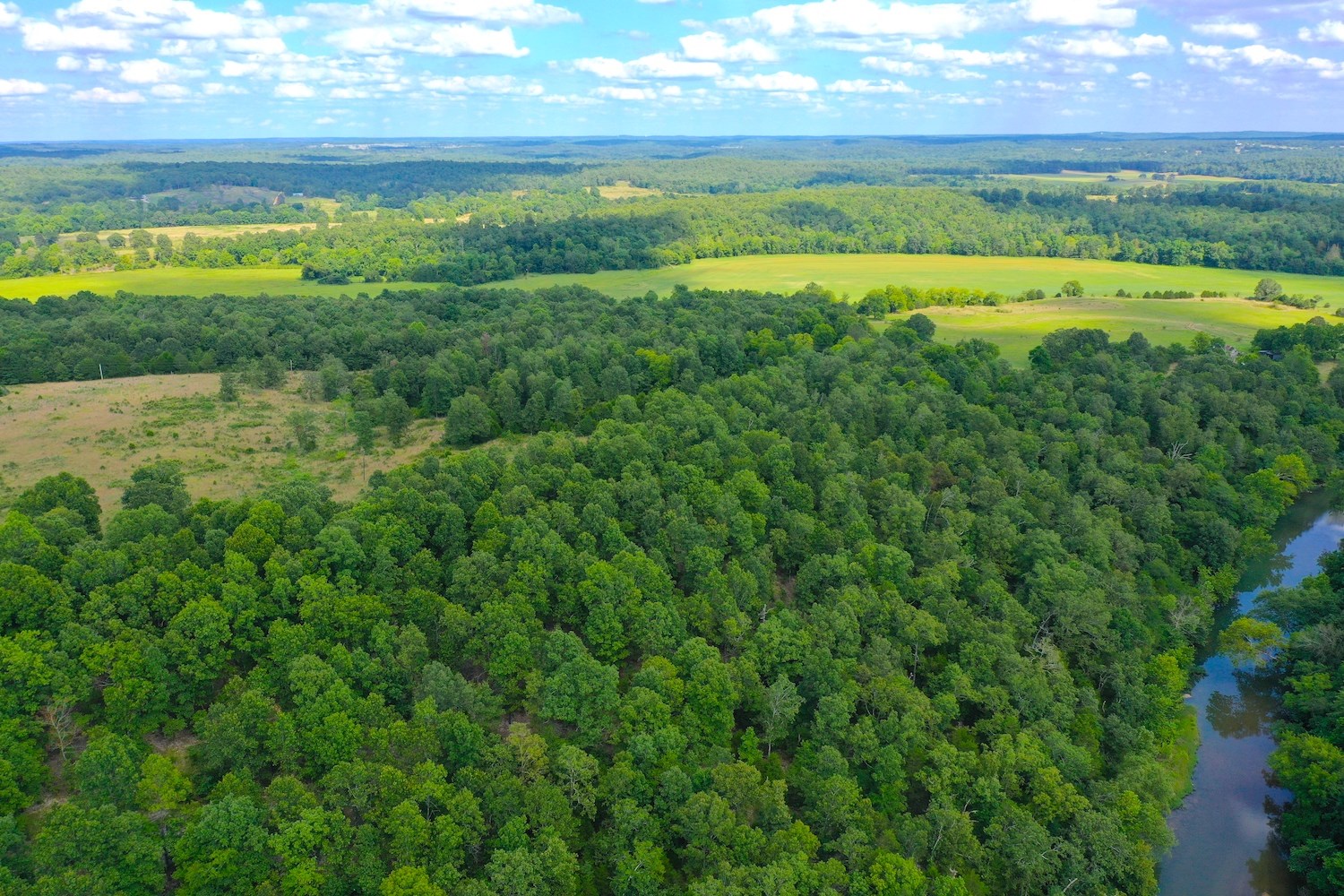 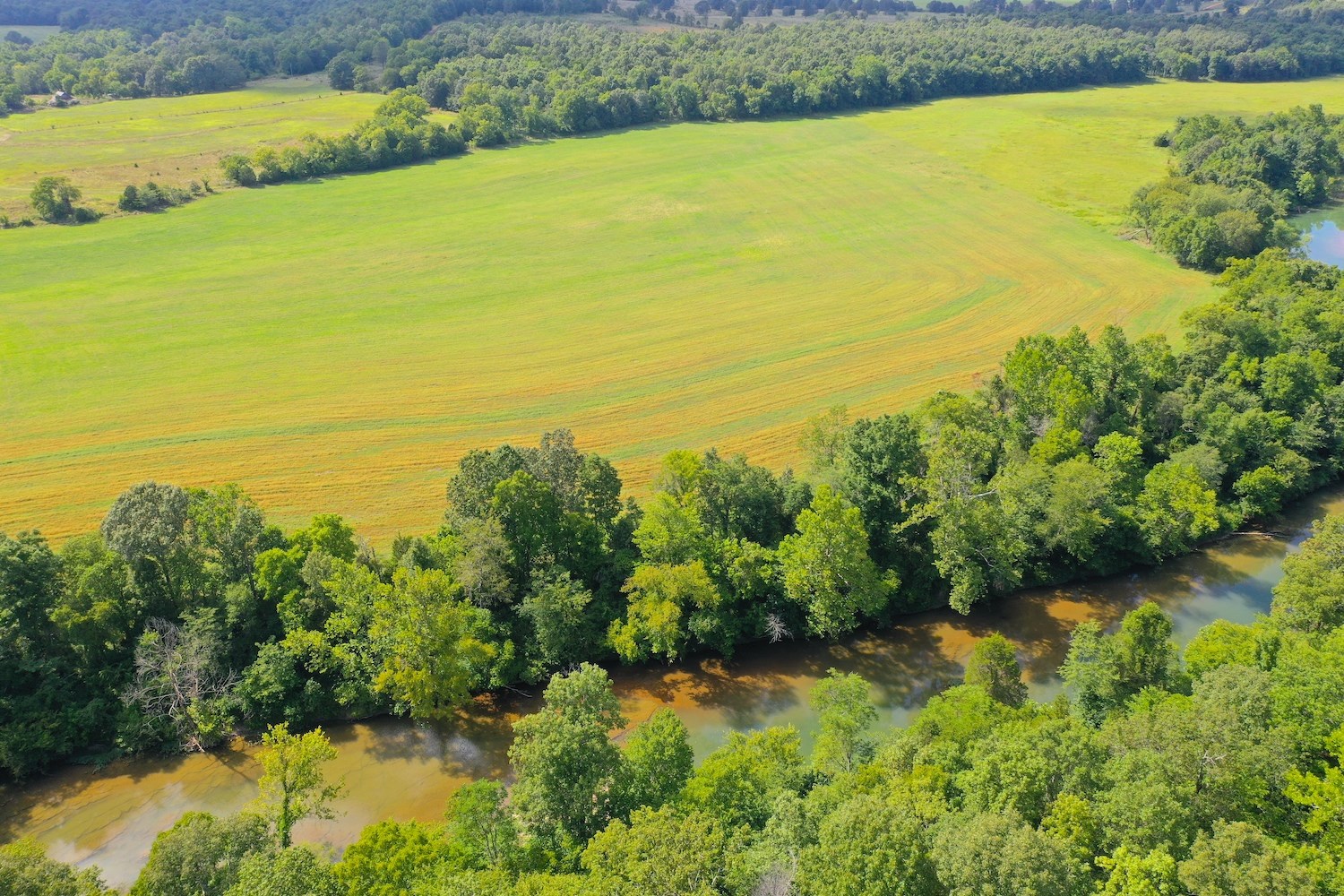 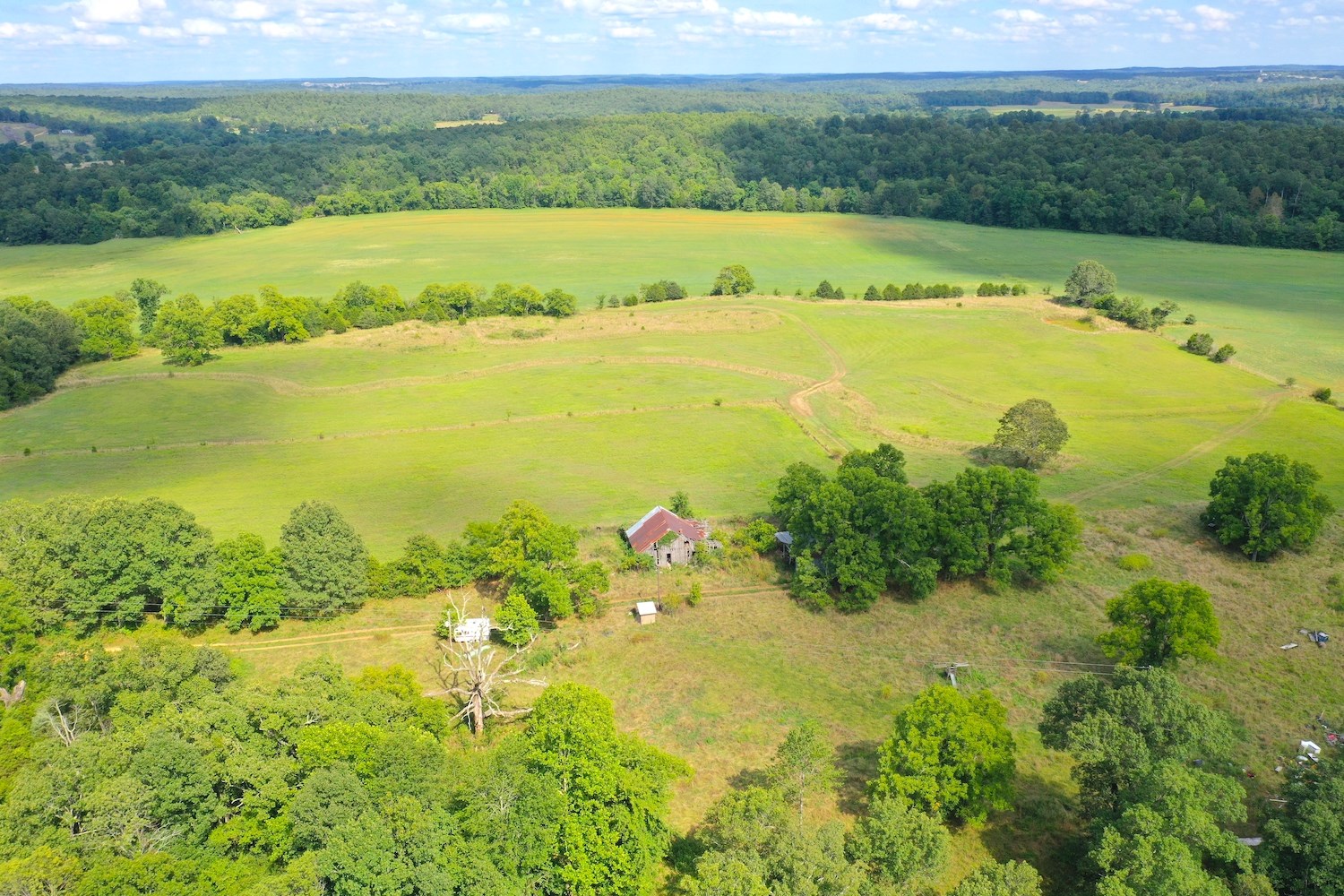 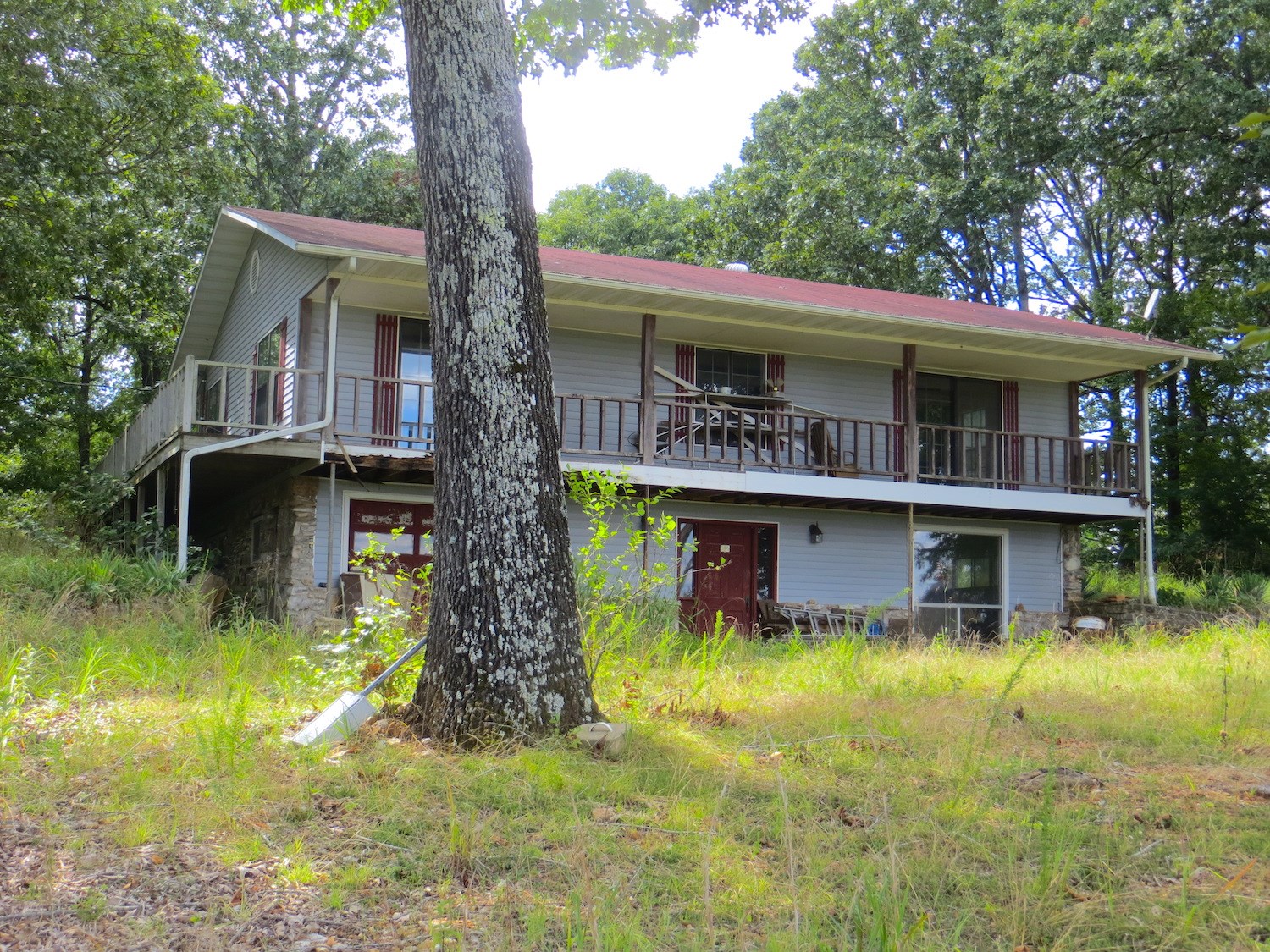 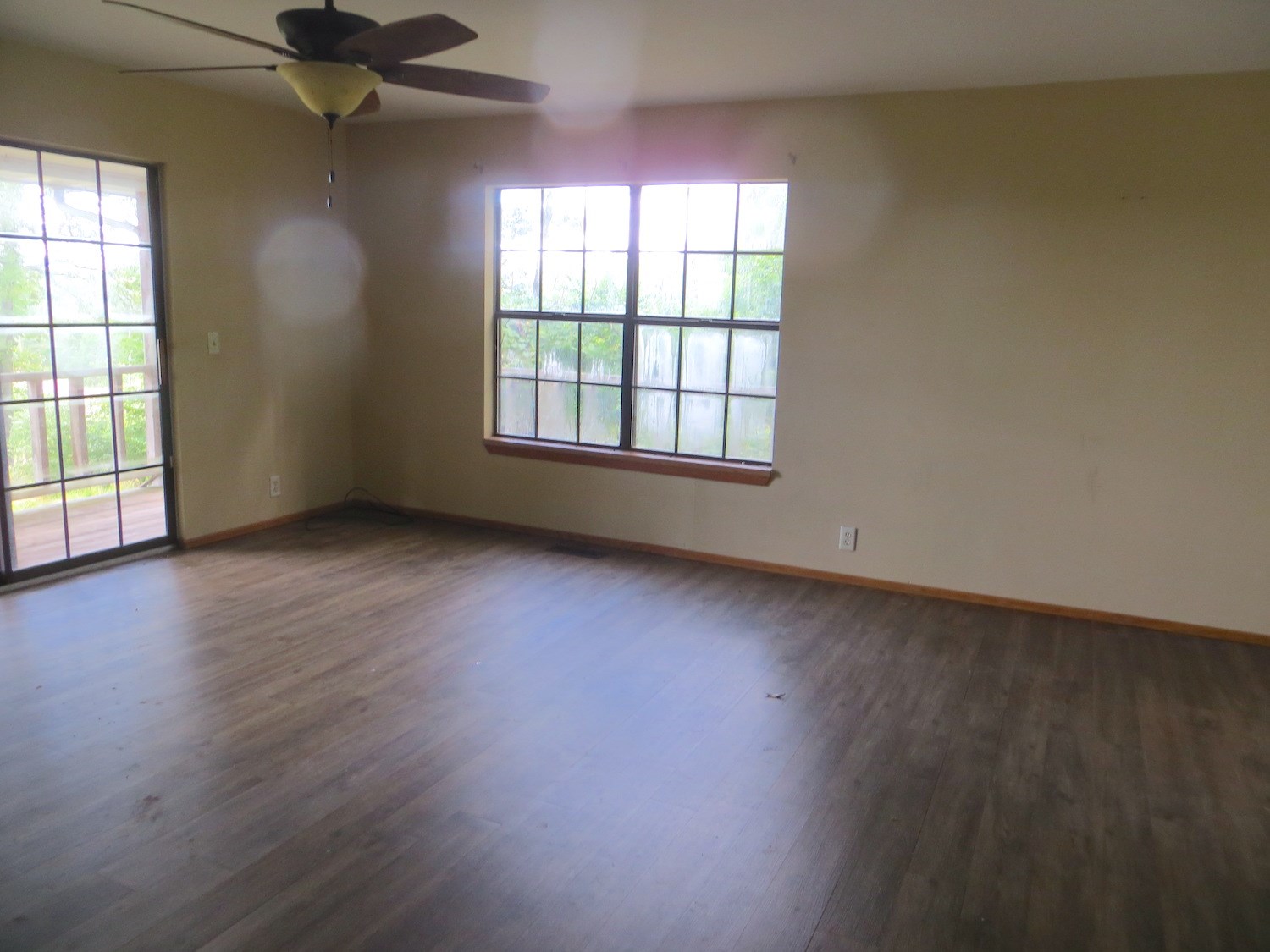 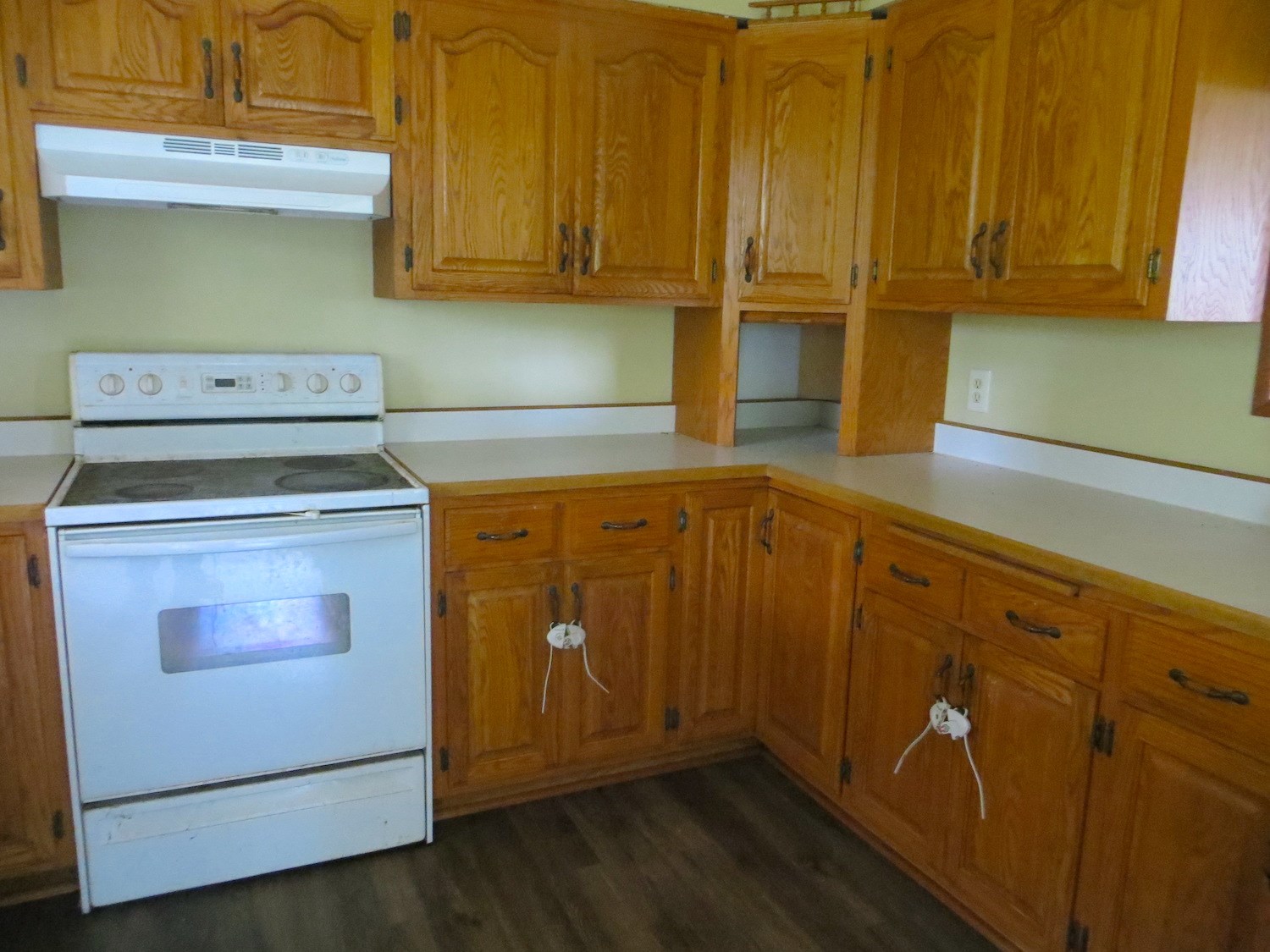 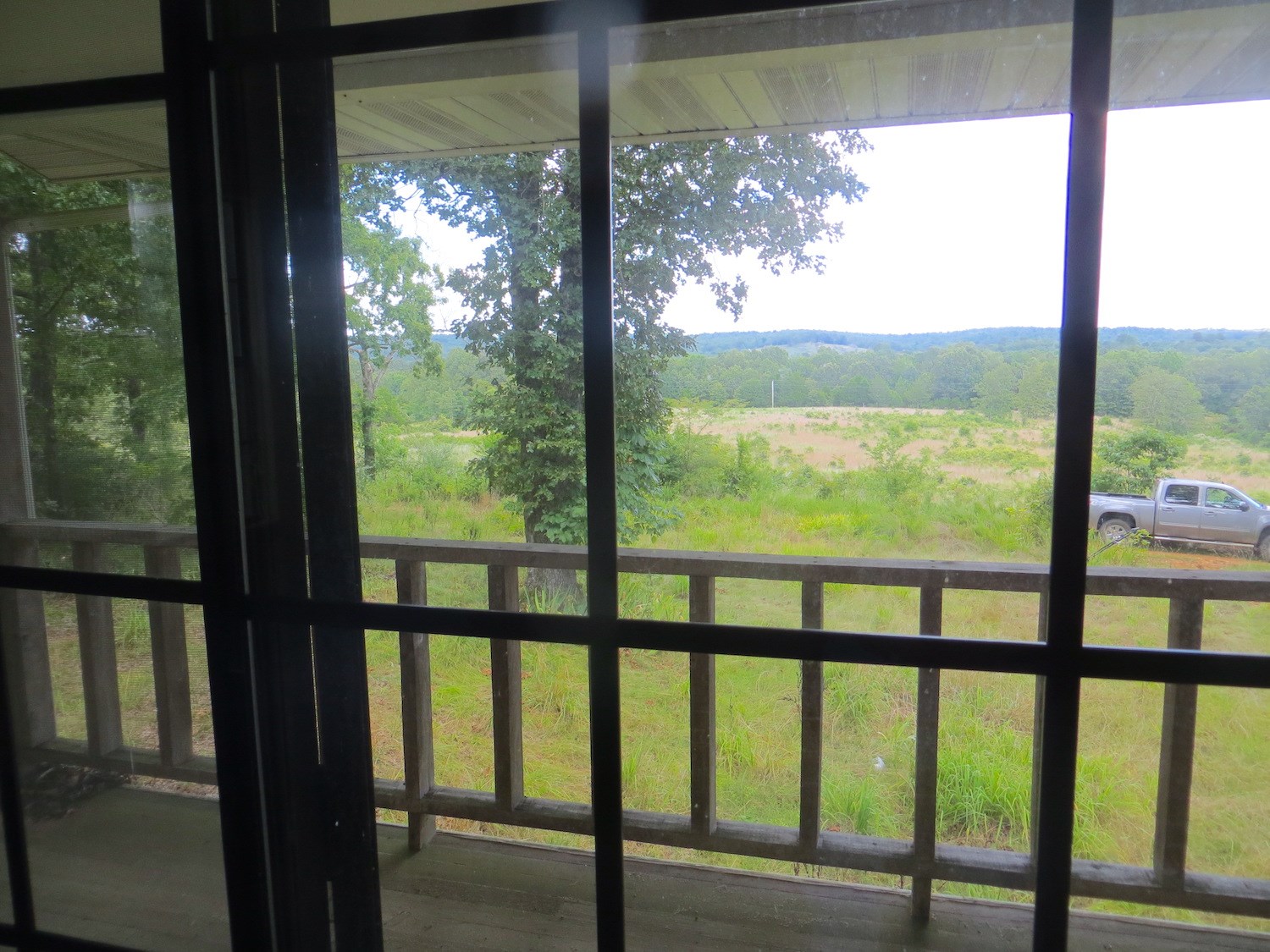 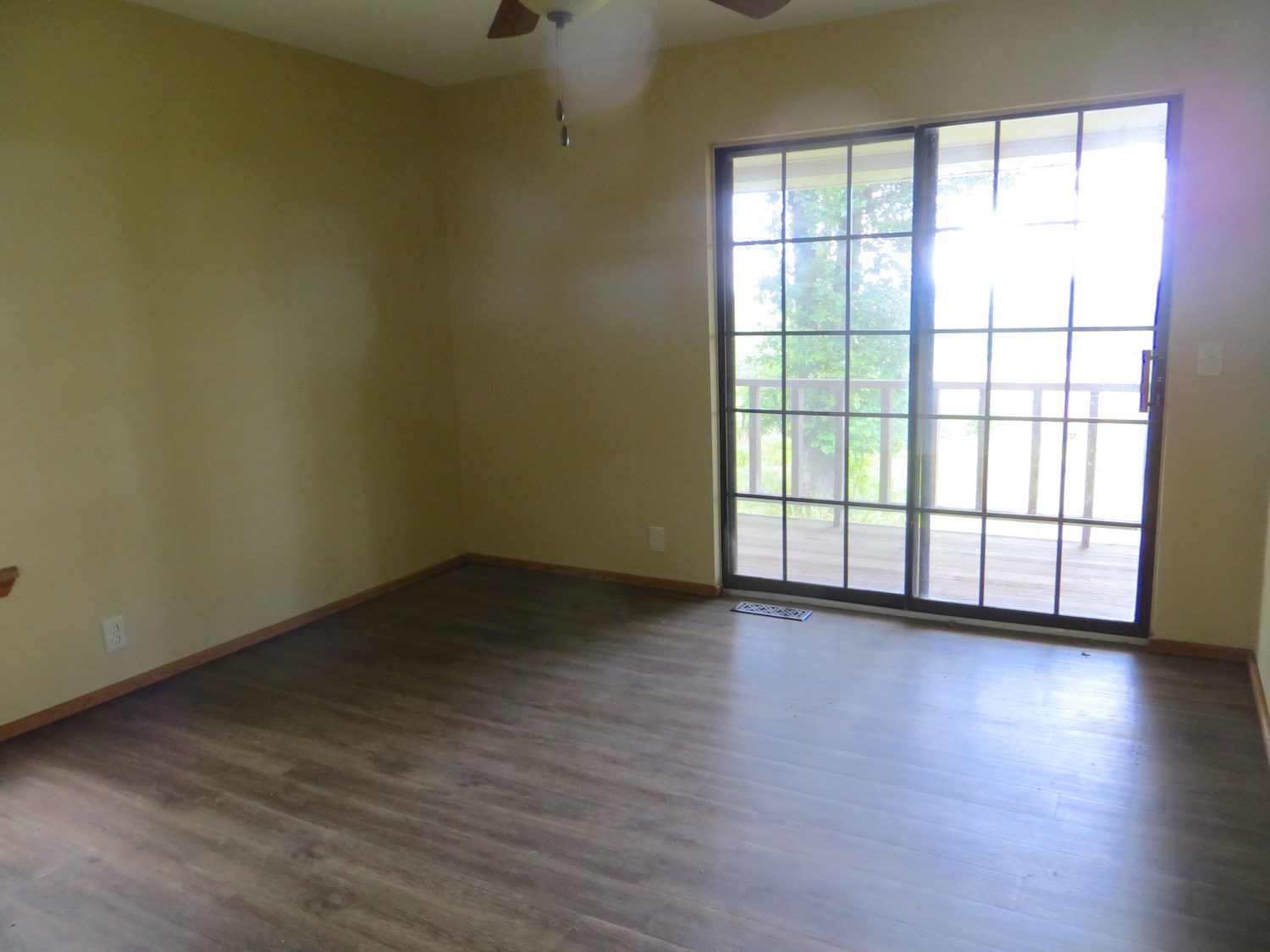 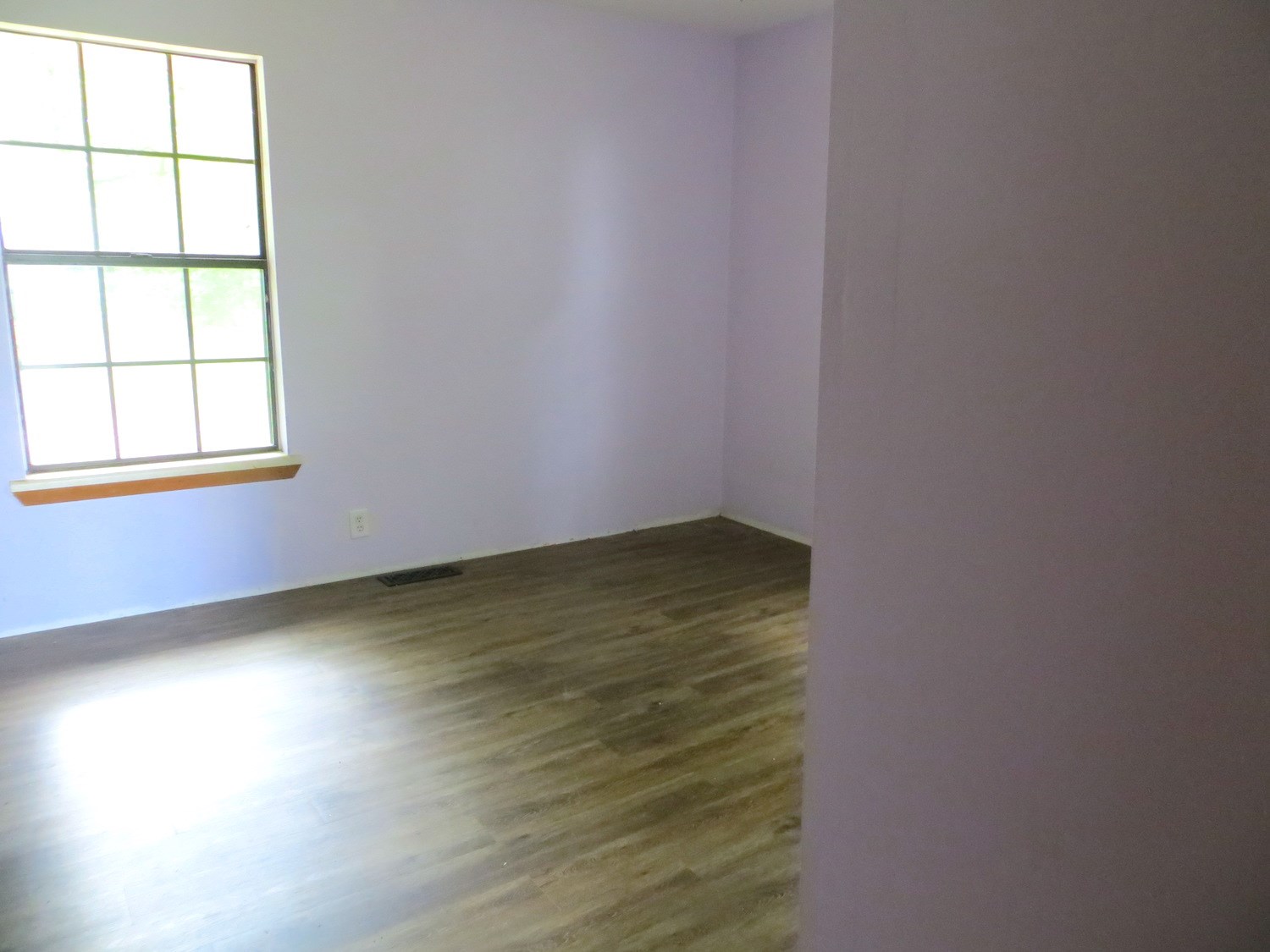 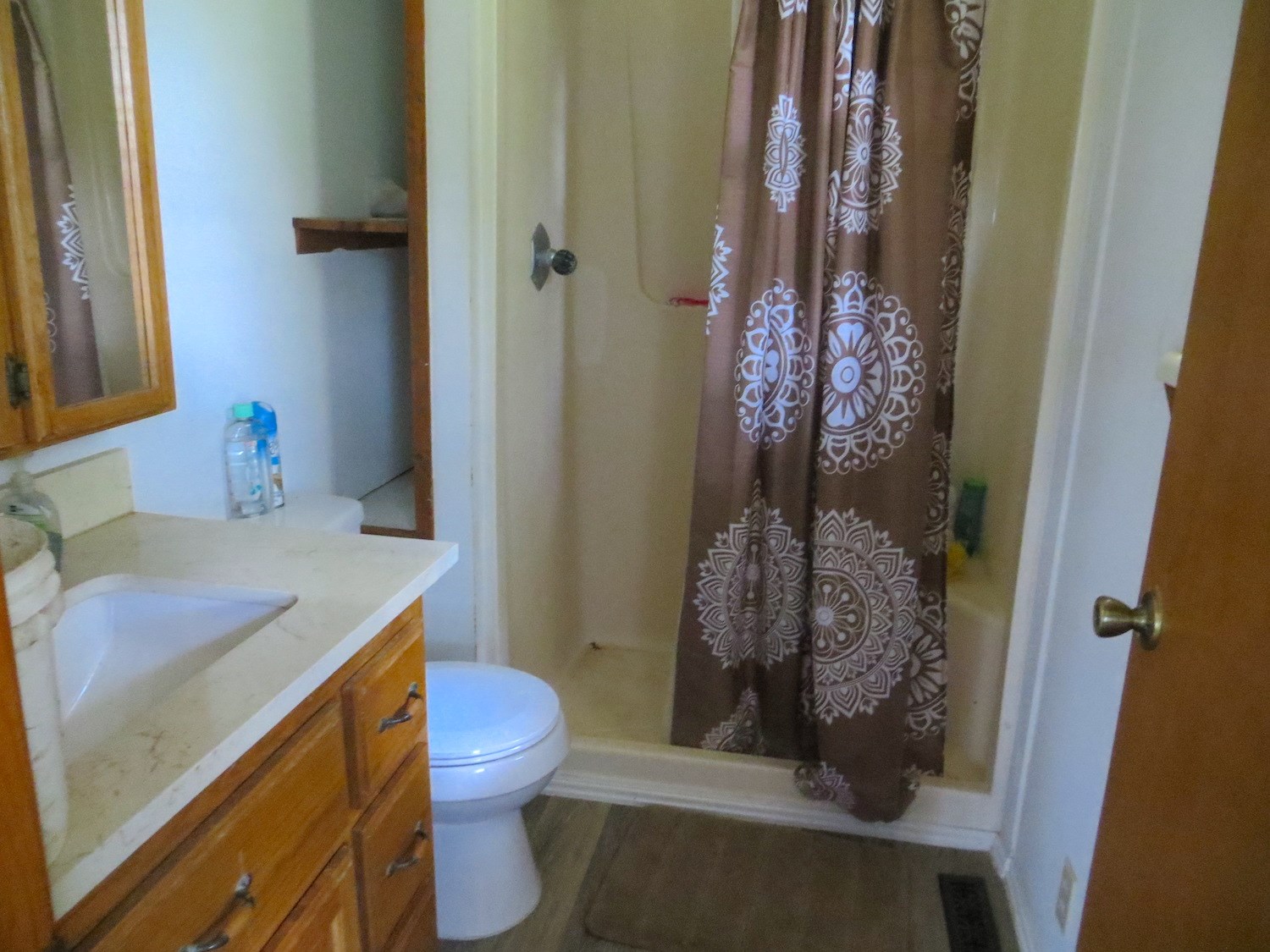 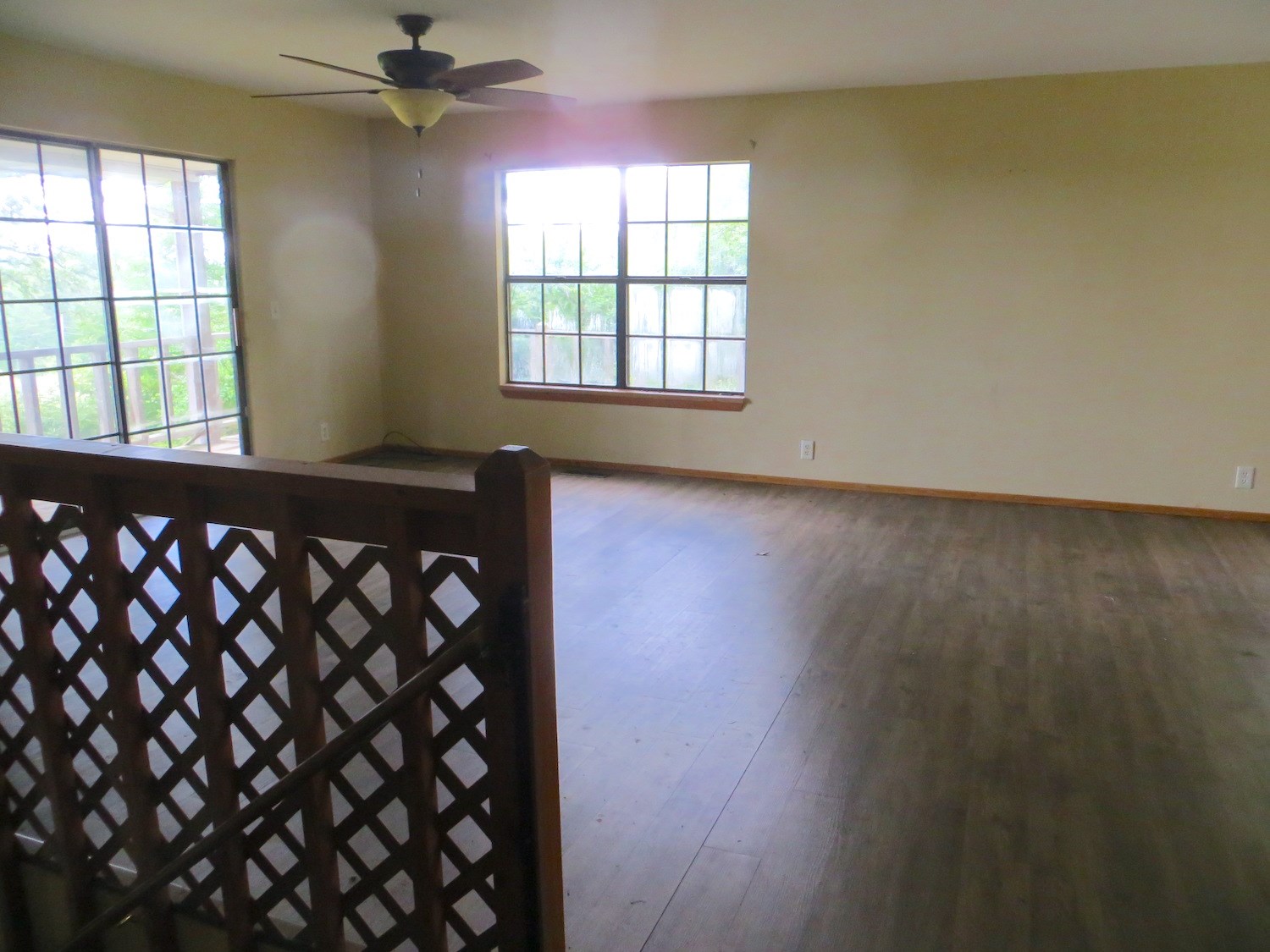 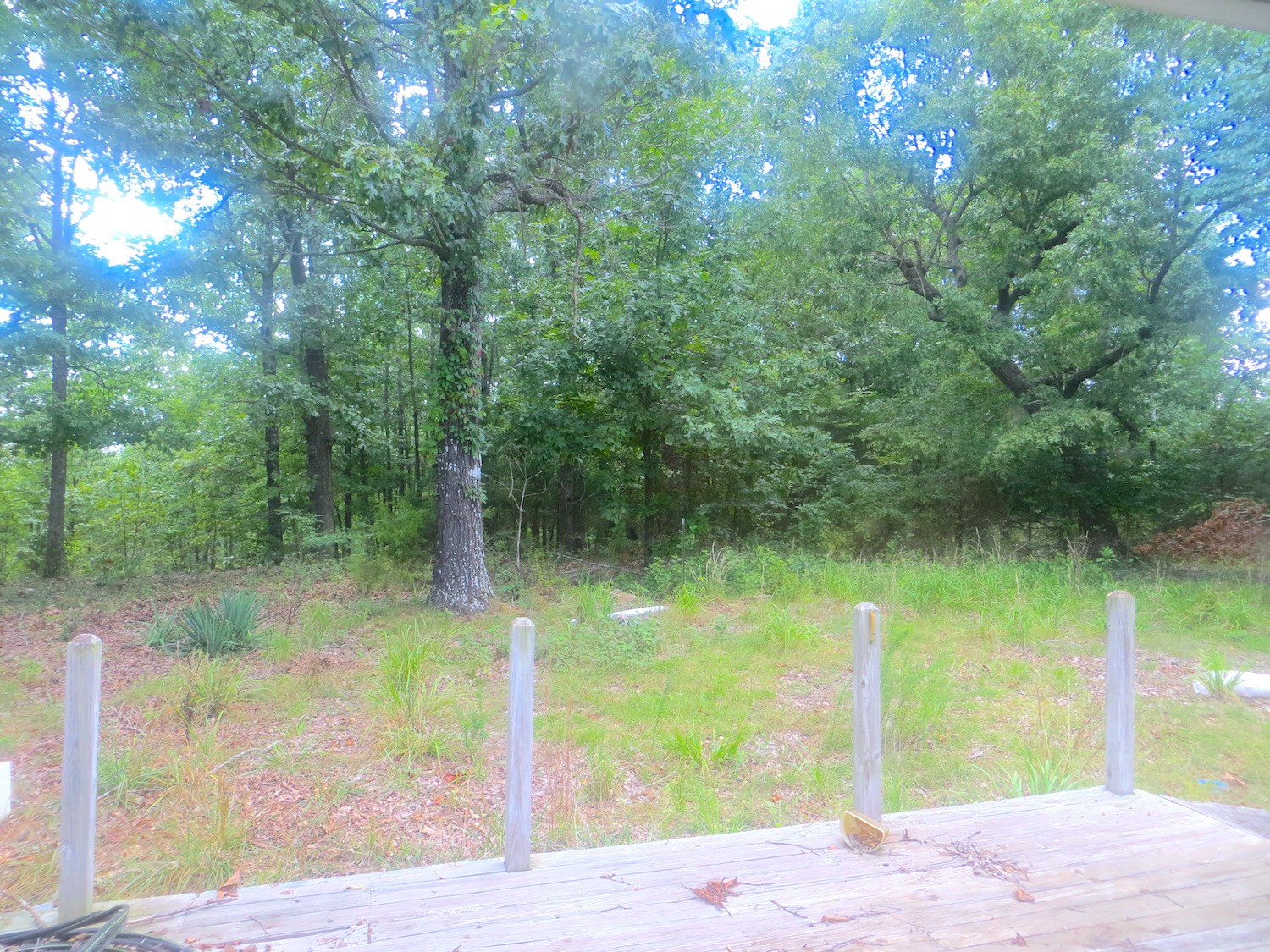 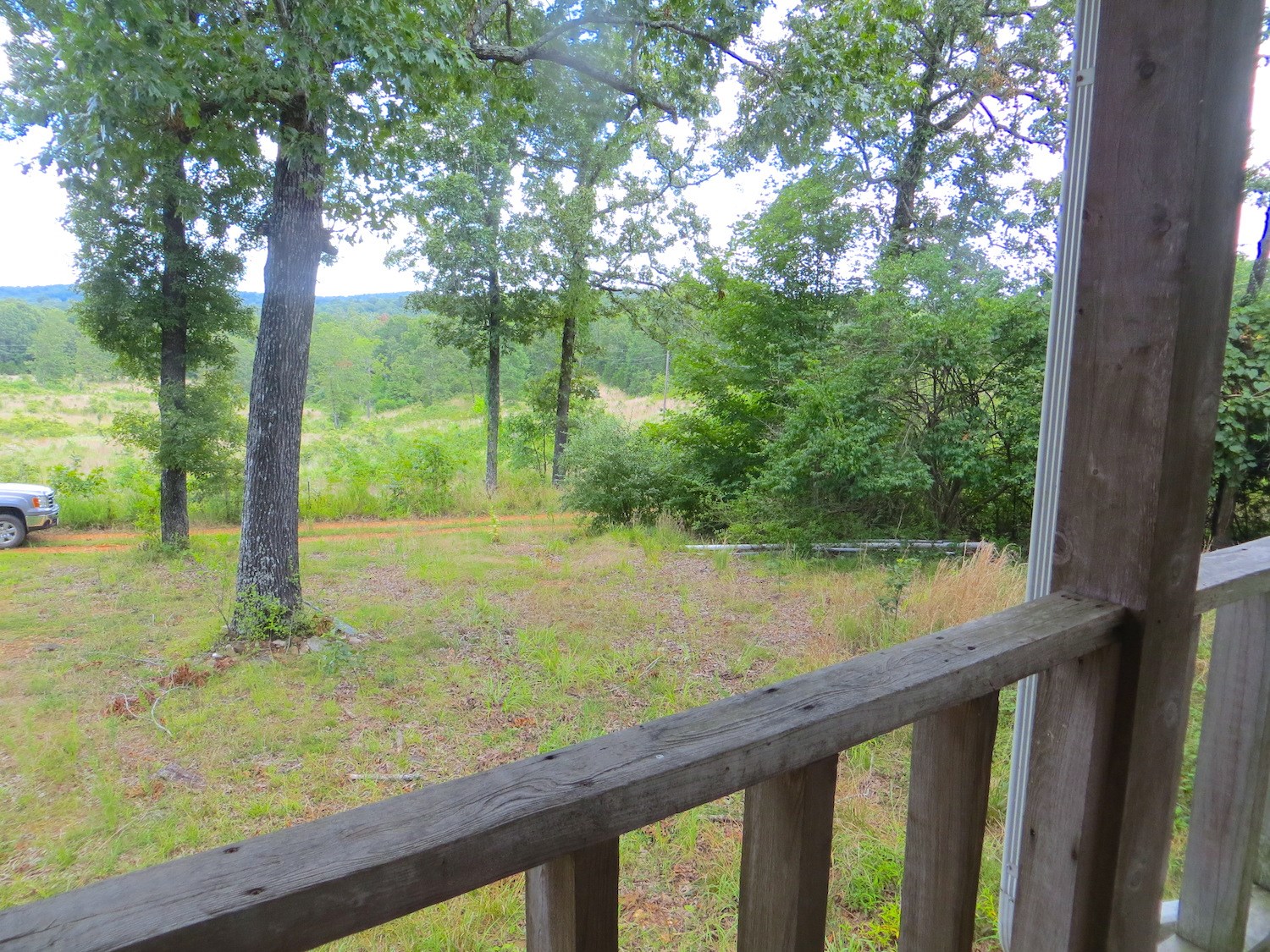 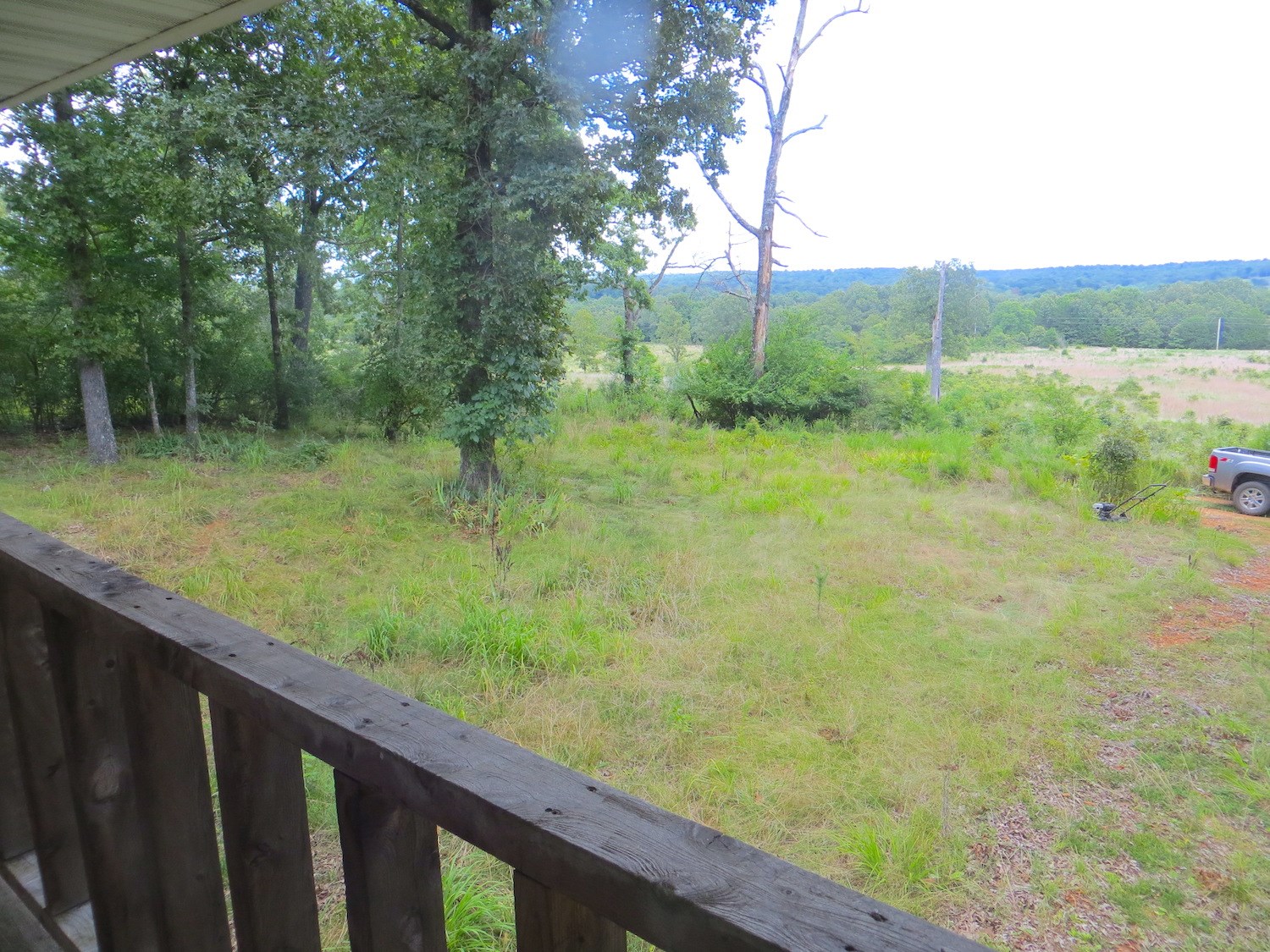 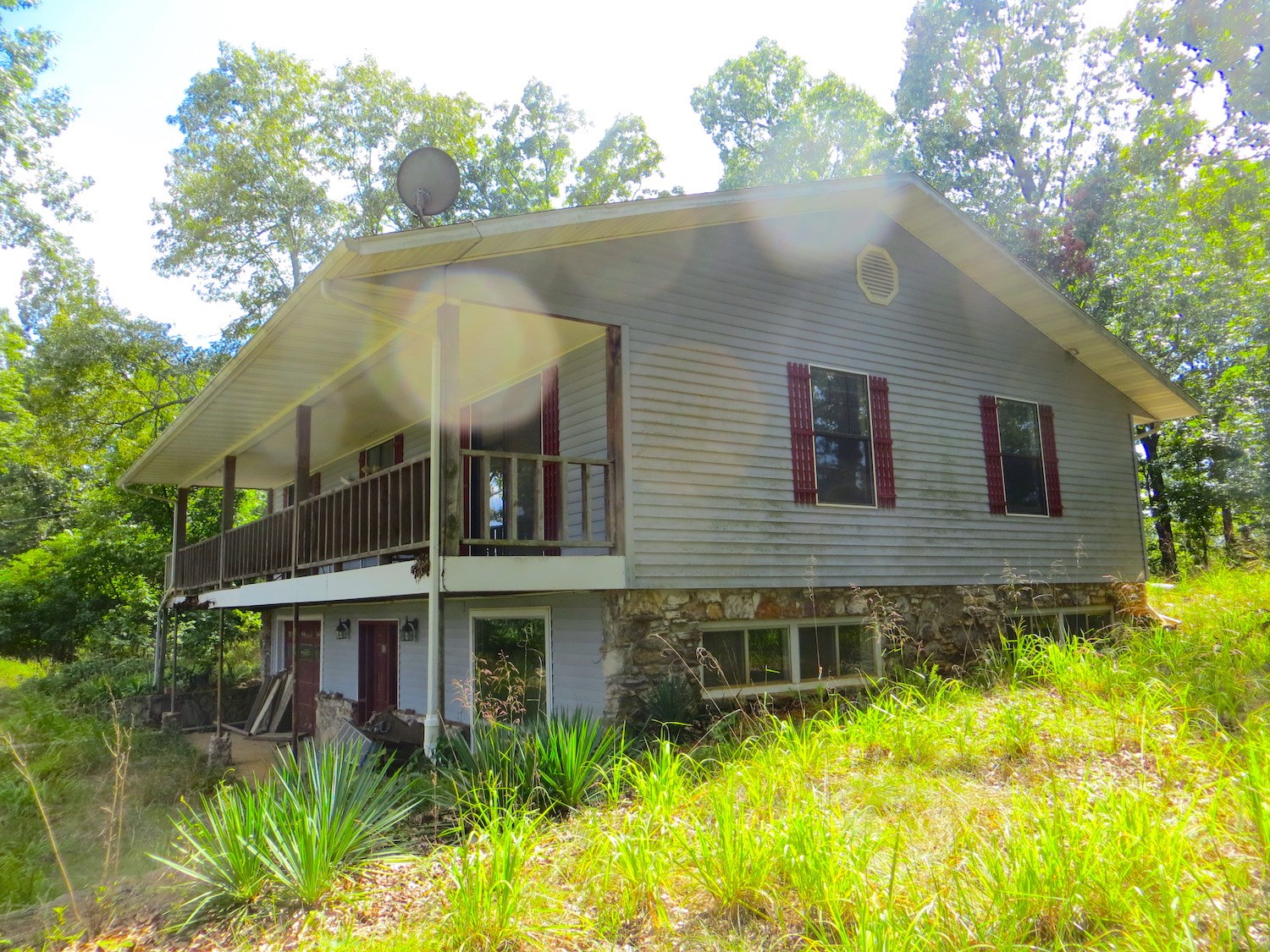 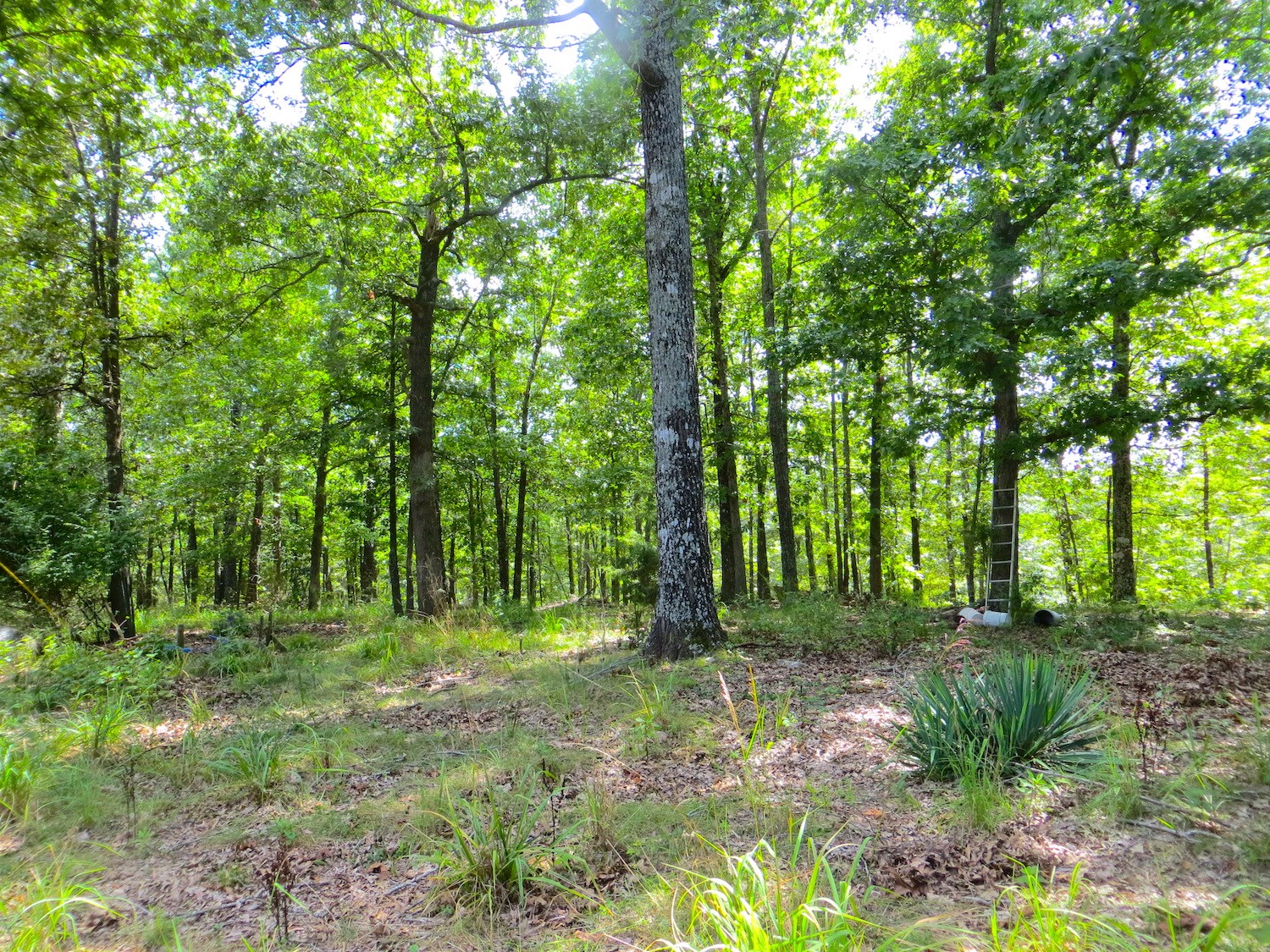 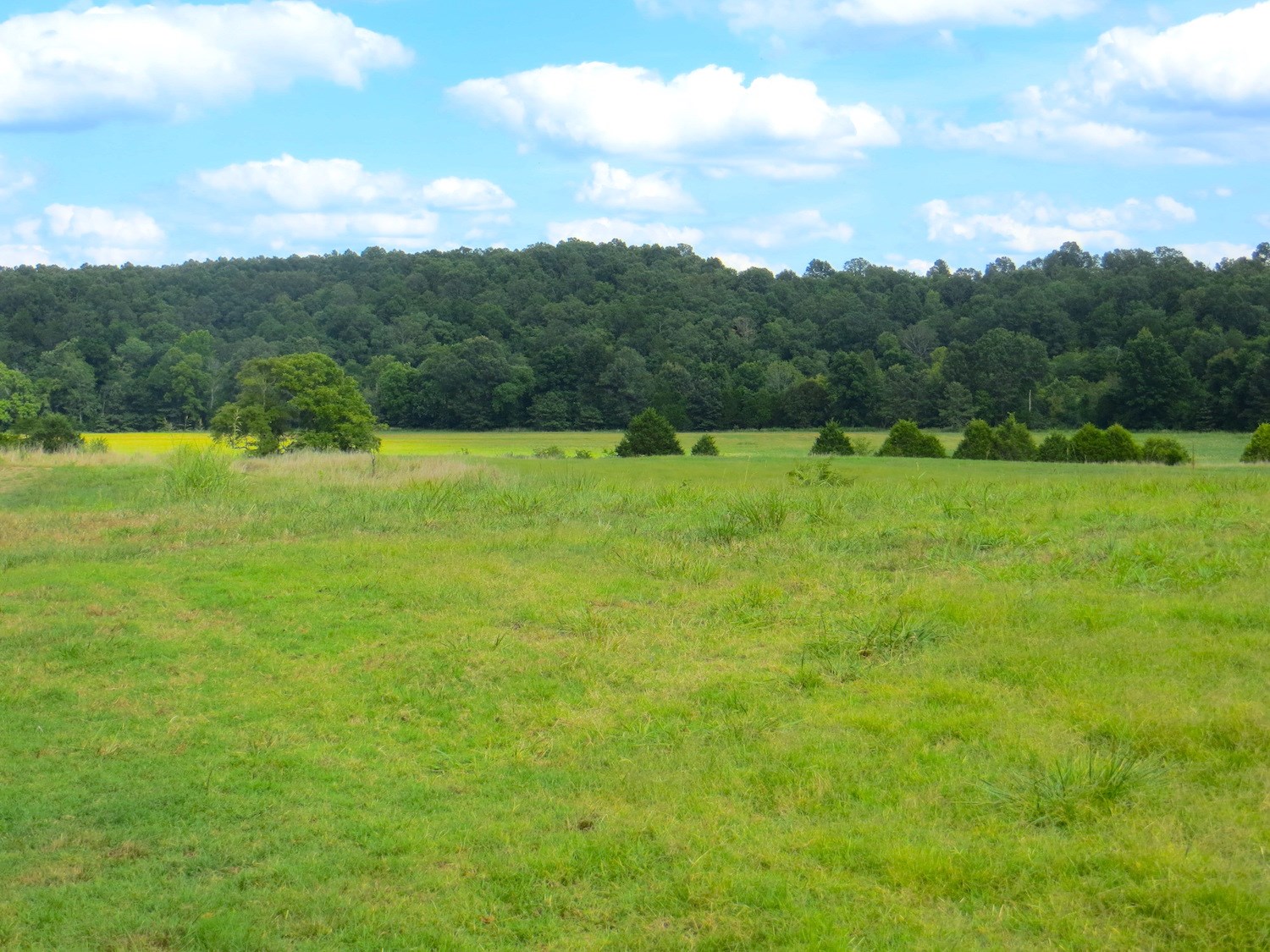 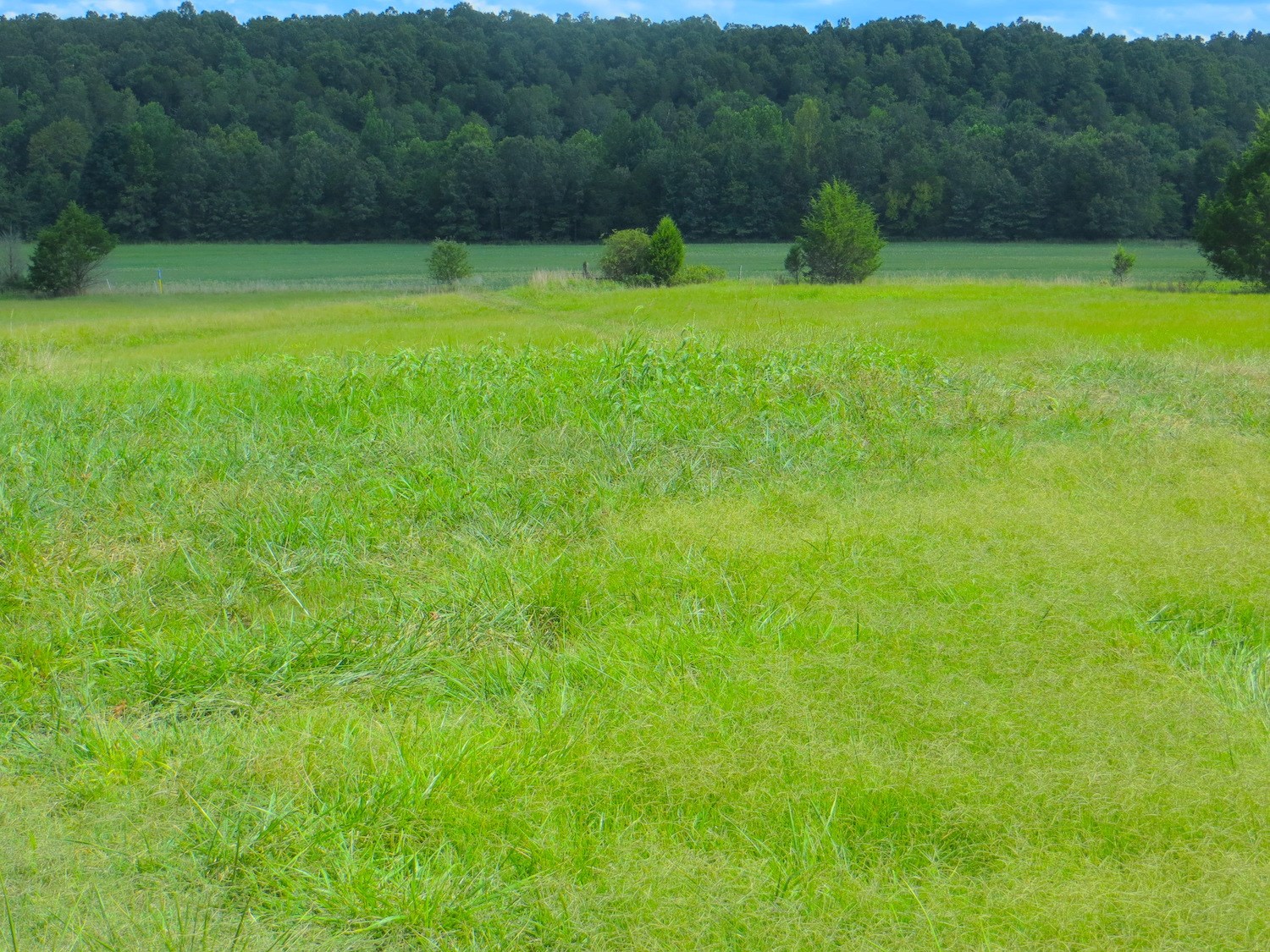 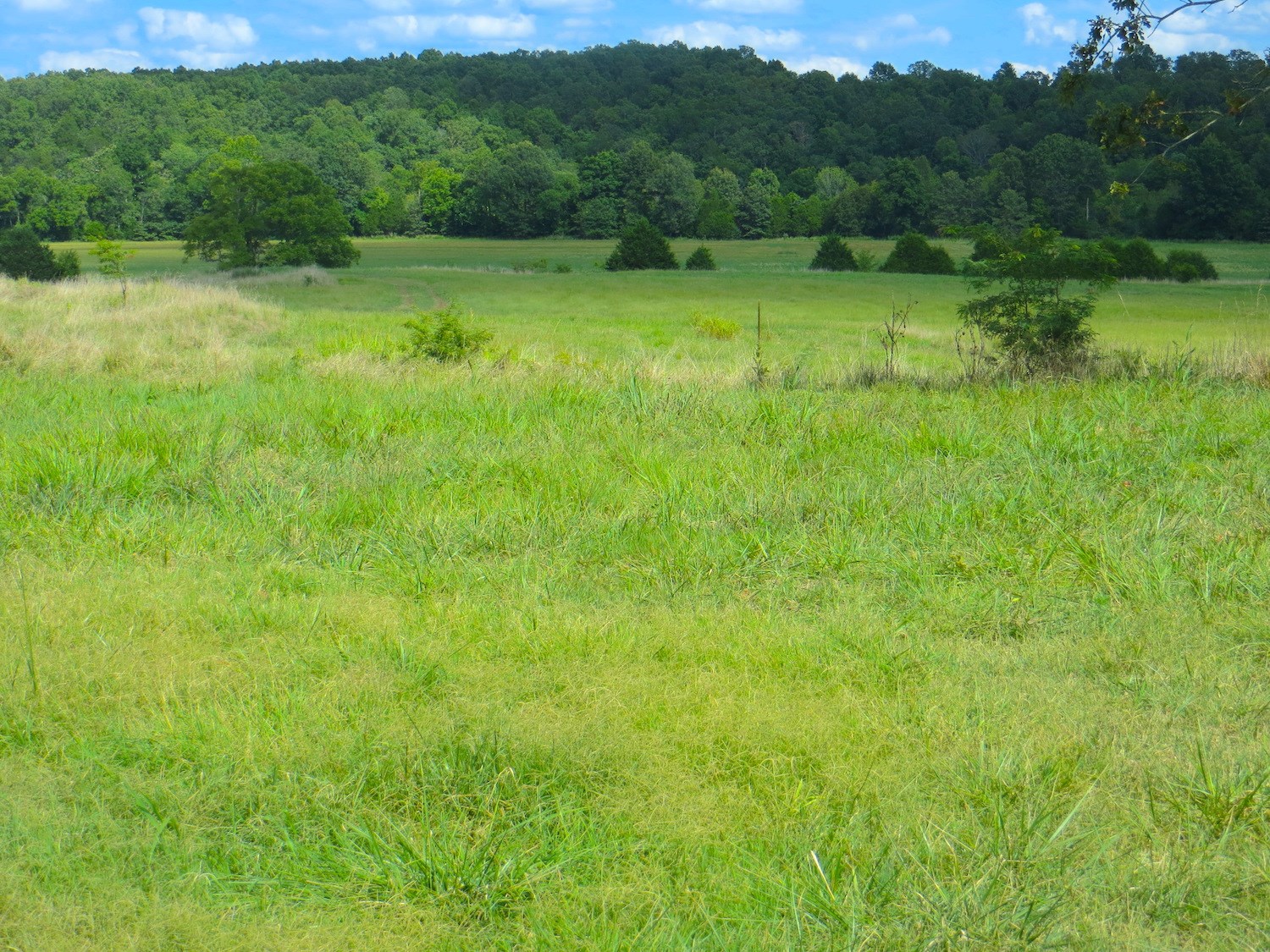 RIVERFRONT/FARM/RANCH 277 Acres with almost 2 miles of SOUTHFORK RIVER frontage. 200 acres open pasture and hay land and most of which is rich river bottom acreage ideal for hay of area crops, plenty of up land for pasture with some cross fencing, looks to have a good stand of timber in the wooded acreage. You can run various farming operations here as well as running livestock.  Owners say if you put in the river at the entrance to the farm and float to where it exits the farm it might take 2 hours, quite a good  for river recreation and fishing while relaxing from the farming operation. The 5-room, 3-bedroom, 2-bath home with full walk out basement might need some TLC but in a perfect setting over looking pasture an the distant hills.  Plus there is an old home site with utilities available for a new home of your dreams over looking the bottoms and river area.  This is a private location on a good county road.   Owners are purchasing out of state and ready to move this long time family farm @ only $799,000.

Directions: From Camp south on S. Camp Crk Road to right on Lime Kiln Road about 1/2 mile to where farm begins on the left follow to entrance gate on left.

If you liked this listing then check these out!

RANCH FOR SALE IN THE OZARKS

HORSE RANCH FOR SALE IN THE OZARKS!

Memphis is a pilgrimage for those wanting to visit the birthplace of the blues, of soul and of rock 'n' roll. On Beale Street, W.C. Handy put down on paper the first written blues music. Elvis, Roy Orbison, Jerry Lee Lewis and Johnny Cash all recorded at the historic Sun Records, which is now a museum. Graceland, the second most-visited home in America, welcomes visitors from around the world who yearn for a peek into the life of "the King." Beyond the music, Tennessee's largest city also offers much more. It has more sunny days each year than Miami, and combines southern tradition and hospitality with modern amenities. You'll enjoy great dining (be sure to sample the barbecued ribs), art galleries and exciting nightlife.

Built along the western bank of the Mississippi River. The city had an estimated March 22, 2018 population of 308,626[8] and is the cultural and economic center of the Greater St. Louis area (home to 2,911,945 people ), which is the largest metropolitan area in Missouri and the 19th-largest in the United States.

Tulsa is a city on the Arkansas River, in the U.S. state of Oklahoma. It’s known for its art deco architecture, mostly in the central Deco District. Landmarks like the Philcade and Philtower buildings reflect a 20th-century construction boom fueled by the prosperous local oil industry. The Philbrook Museum of Art is housed in an Italianate villa that was once the home of a local oil magnate.

Boating, water skiing, ping and swimming are all extremely popular on the lake.

Kevin Grooms is a lifelong resident of Oregon County Missouri. Kevin has been an avid outdoorsman in the Ozarks since his youth. Kevin still helps out on the family farm which he was raised on. Life in Oregon County Missouri has taught him how to appreciate and value his family, community & better serve the area in which he lives. He specializes in Hunting Property in the Ozarks as well as Farms and Cattle Ranches.  Kevin has acquired a vast amount of knowledge about the real estate market in Southern Missouri & Northern Arkansas.

Kevin is the owner of United Country | Cozort Realty, INC ( Thayer & Alton Branches) Along with co-owning United Country | Moody Realty, INC in Salem, Arkansas. Since he acquired these real estae companies in 2016, Kevin & his team of realtors are in the top 1% of the United Country Franchise in transactions. With Kevin's leadership, his team continues to be extremely successful in the market place and are ready to assist you in all of your real estate needs.

Why should you hire Kevin?

If your looking to buy, sale or trade don't hesitate to call or text Kevin today.

Norman owned and operated a United Country office in Oregon County, Missouri, listing and selling in a wide area of both Missouri and Arkansas 43 years when it was sold.  At that time Norman stayed very active as a full time broker-agent for the new owners, as well as developing and improving real estate. Now in his 58th year as a full time real estate broker very active and very interested in listing and selling real estate for others.   Norman and his high school sweetheart Gayle graduated from high school at Salem, Arkansas and married that year.  They have enjoyed boating, fishing, camping and traveling by RV.  Now they enjoy spending time with their Grandchildren and 5 Great Grandsons.