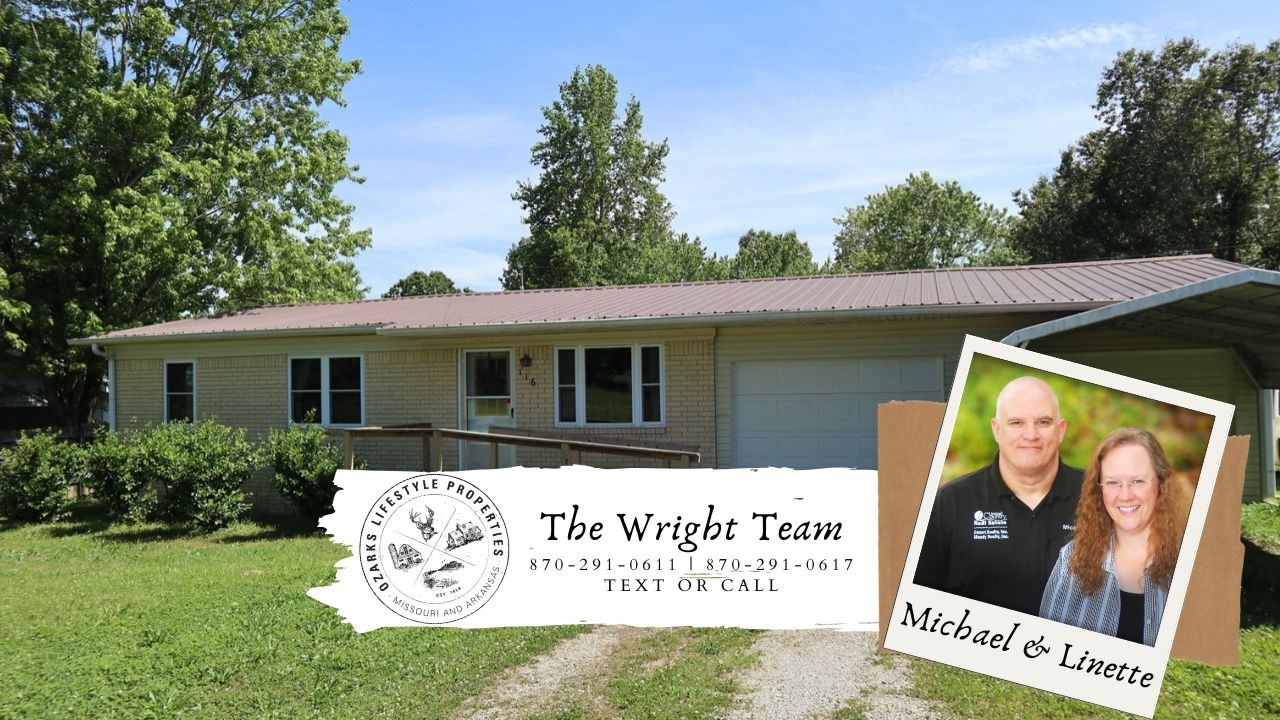 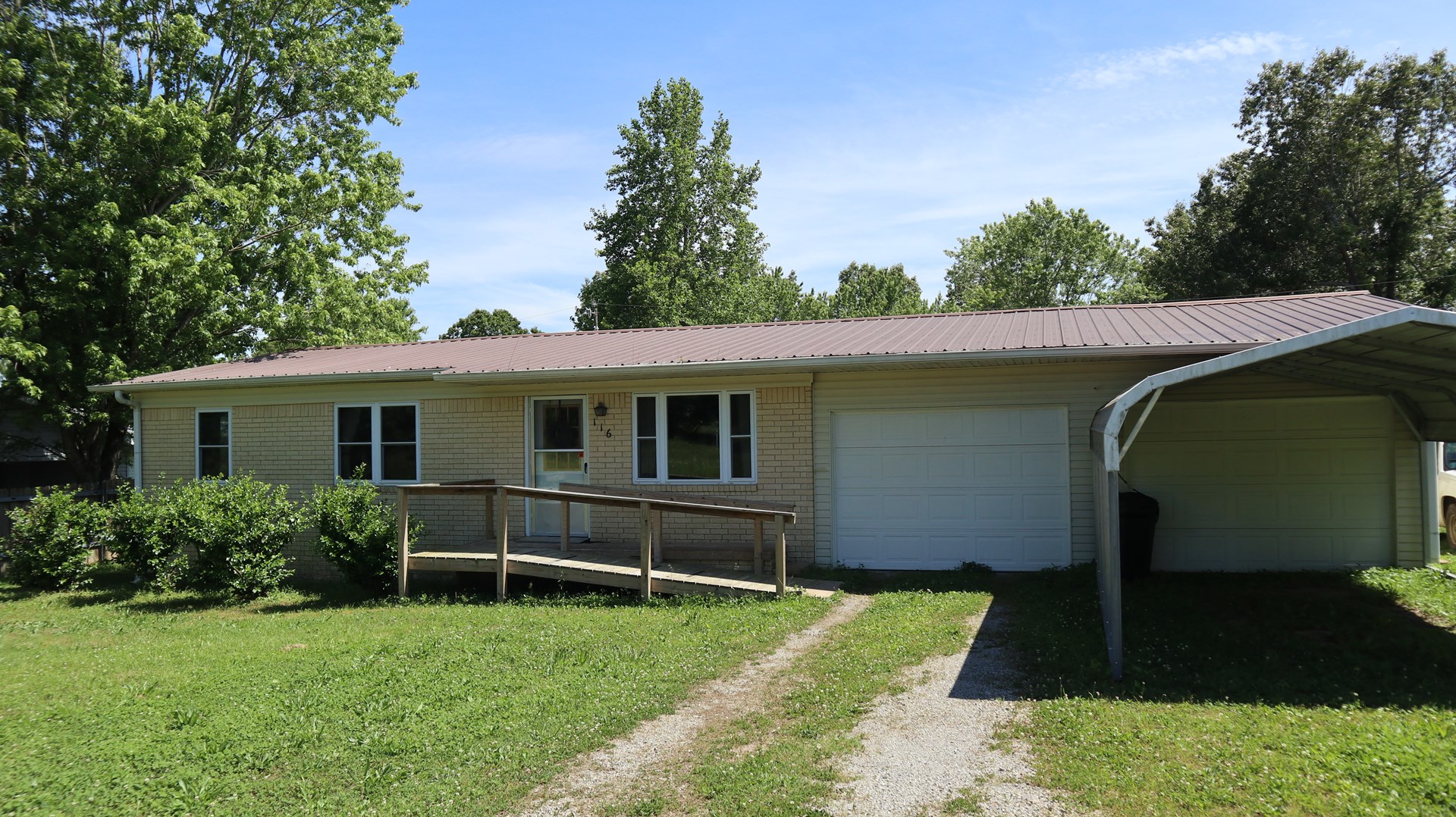 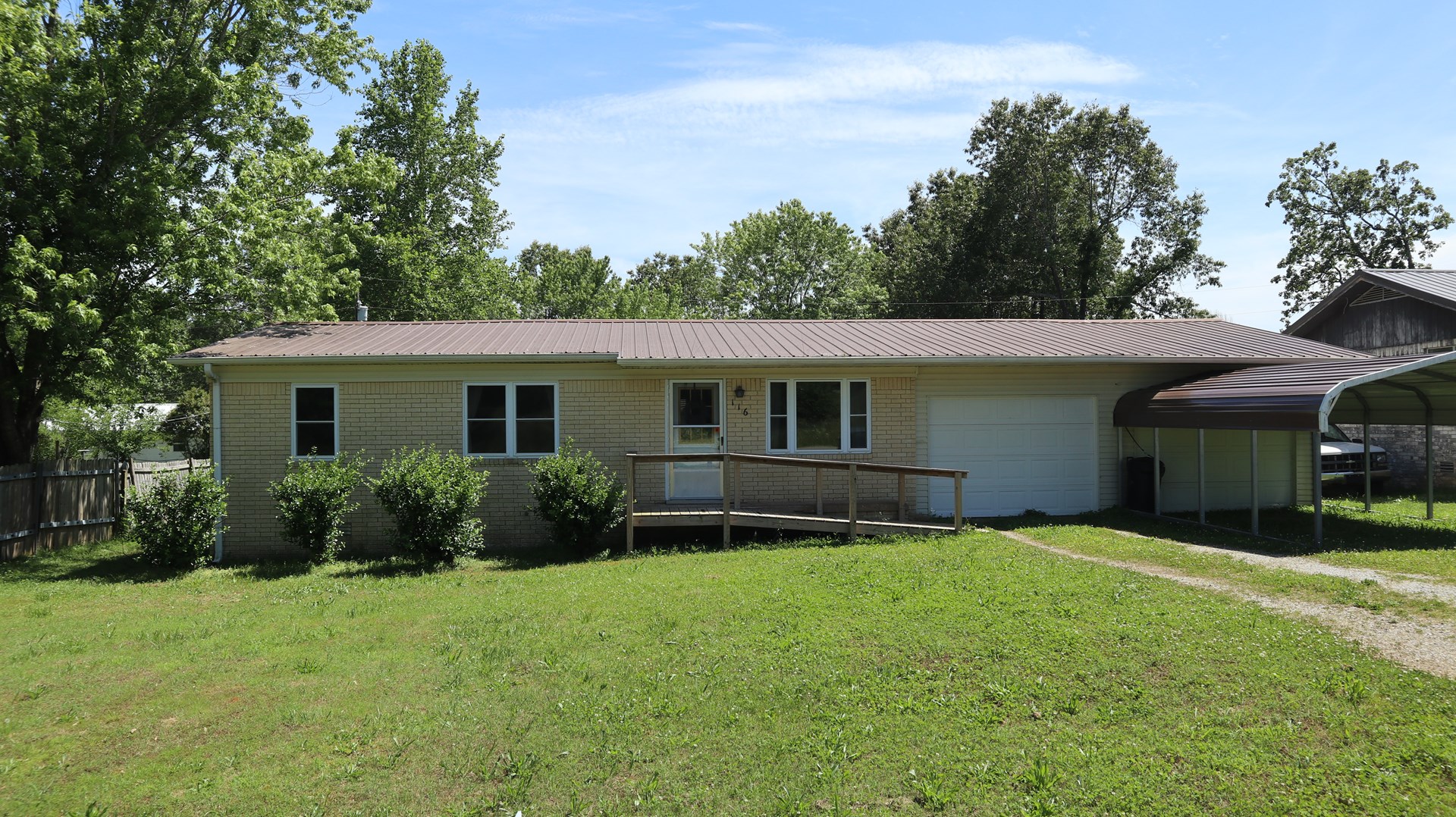 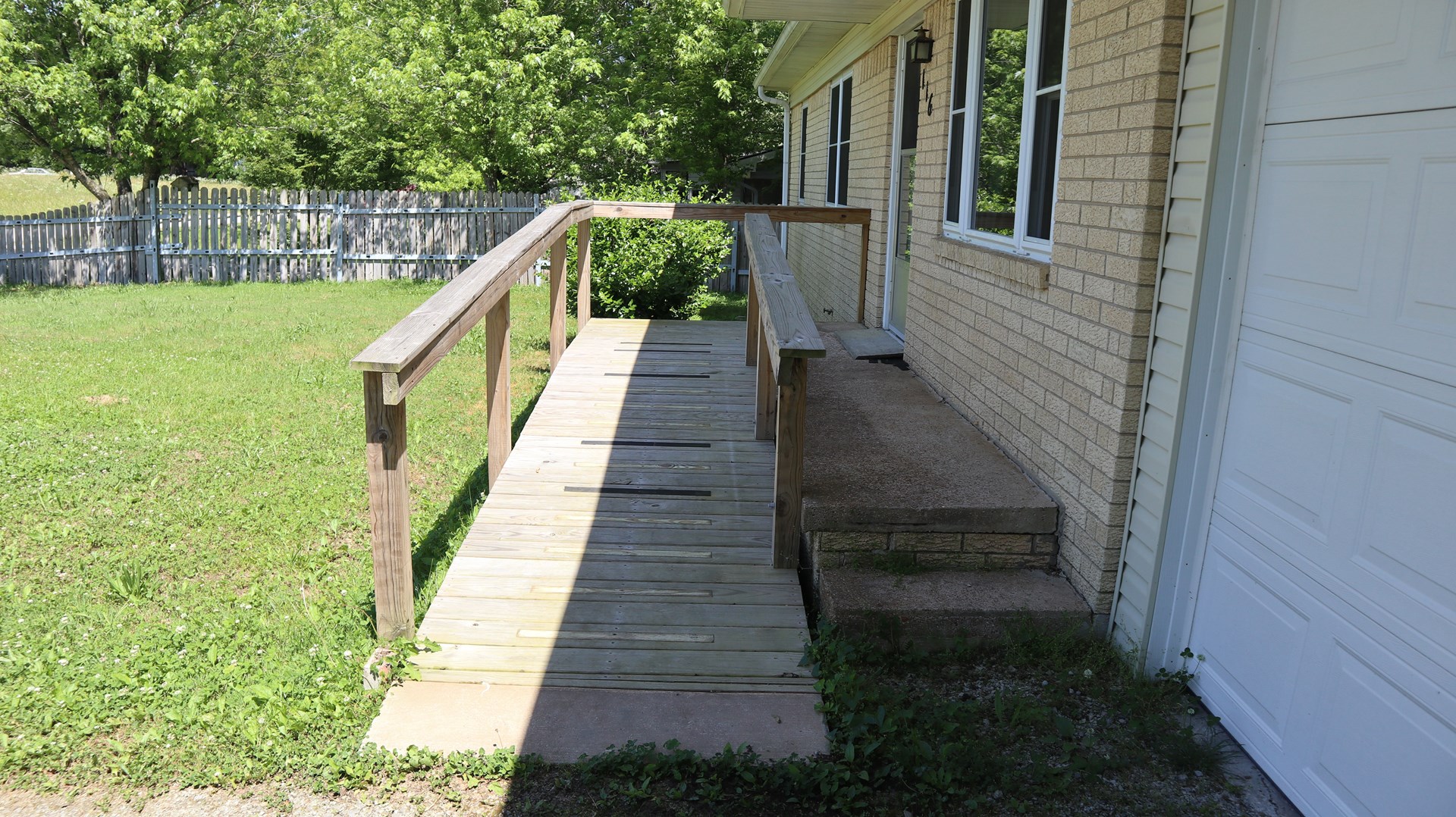 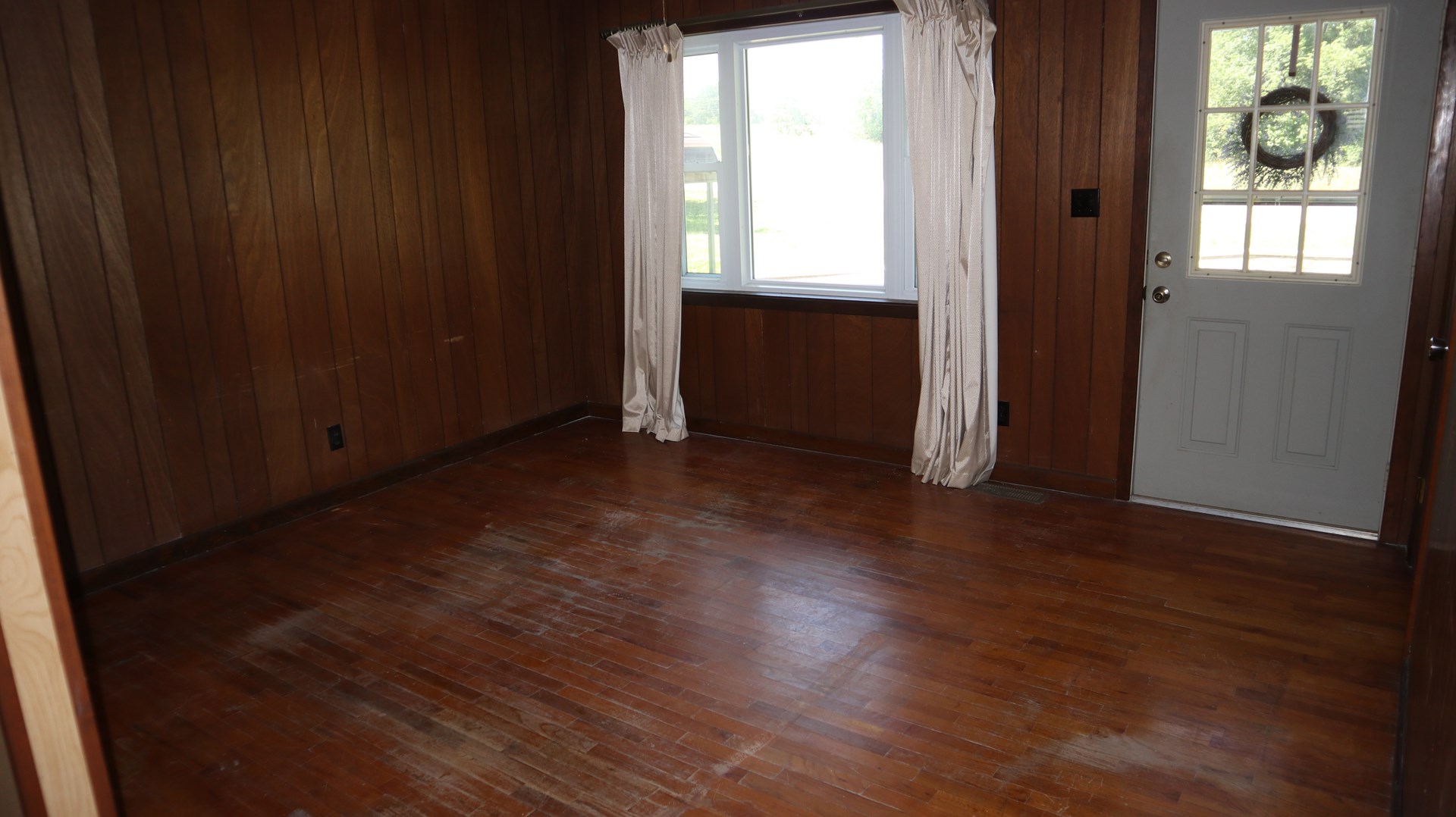 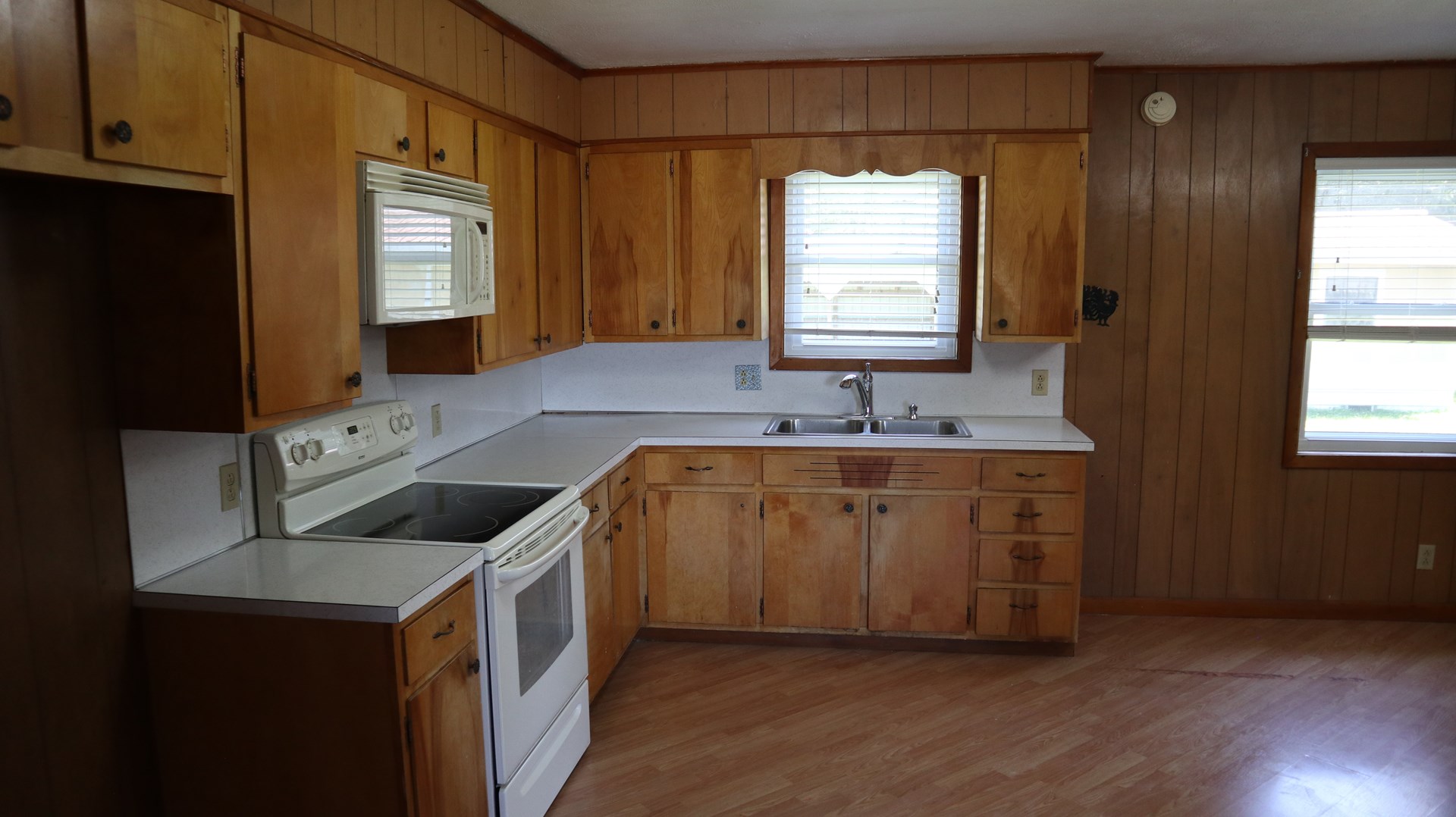 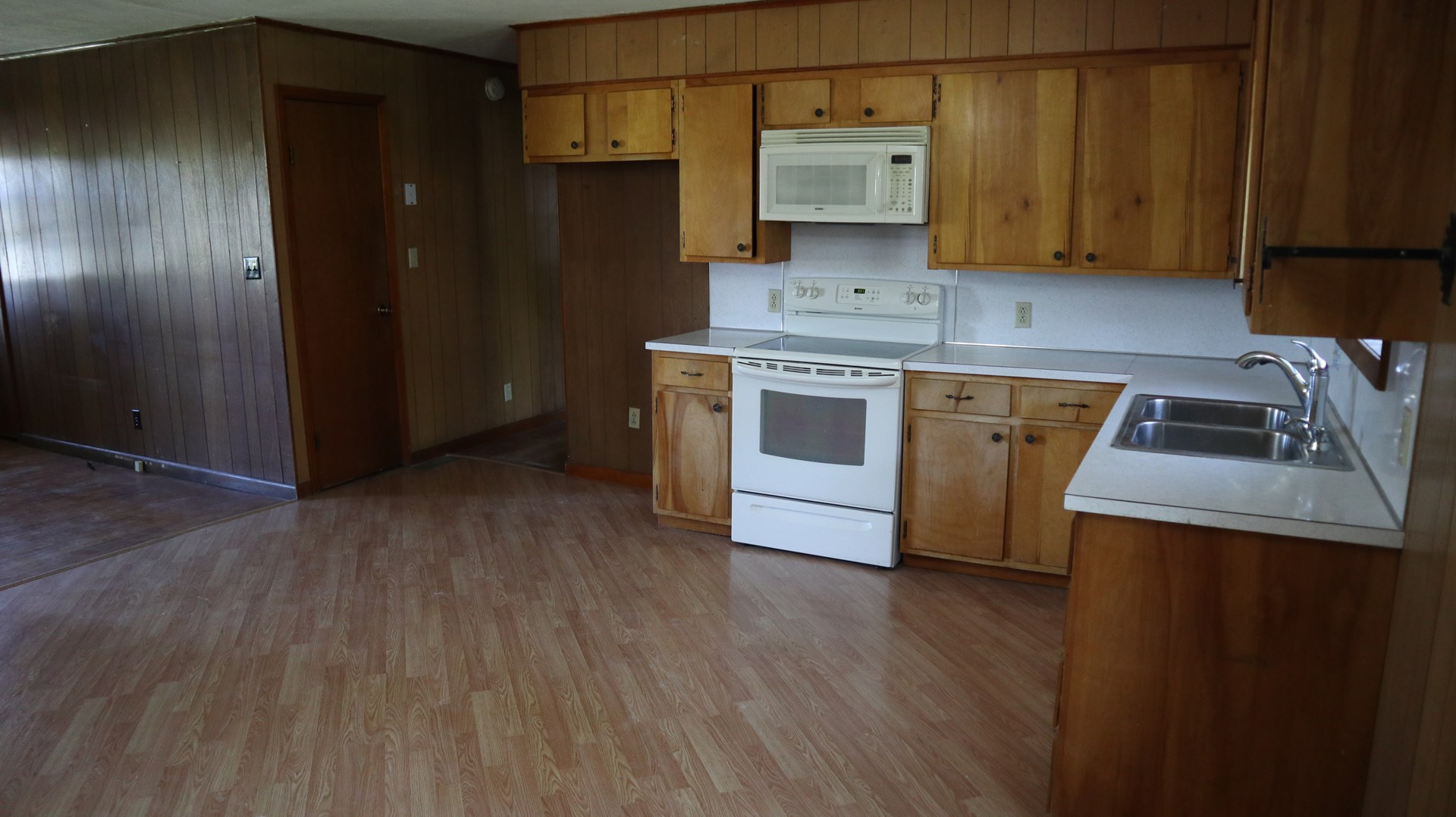 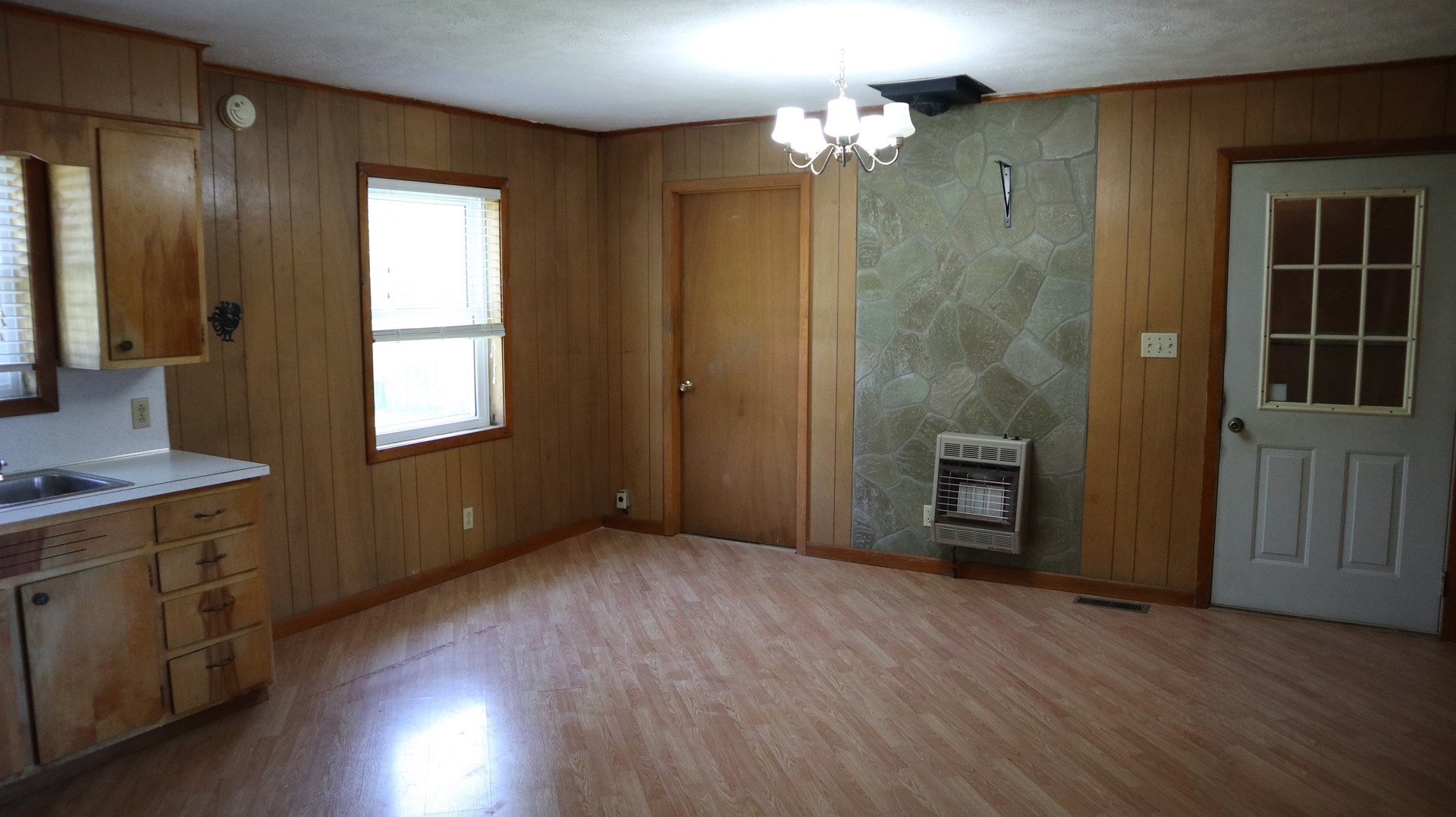 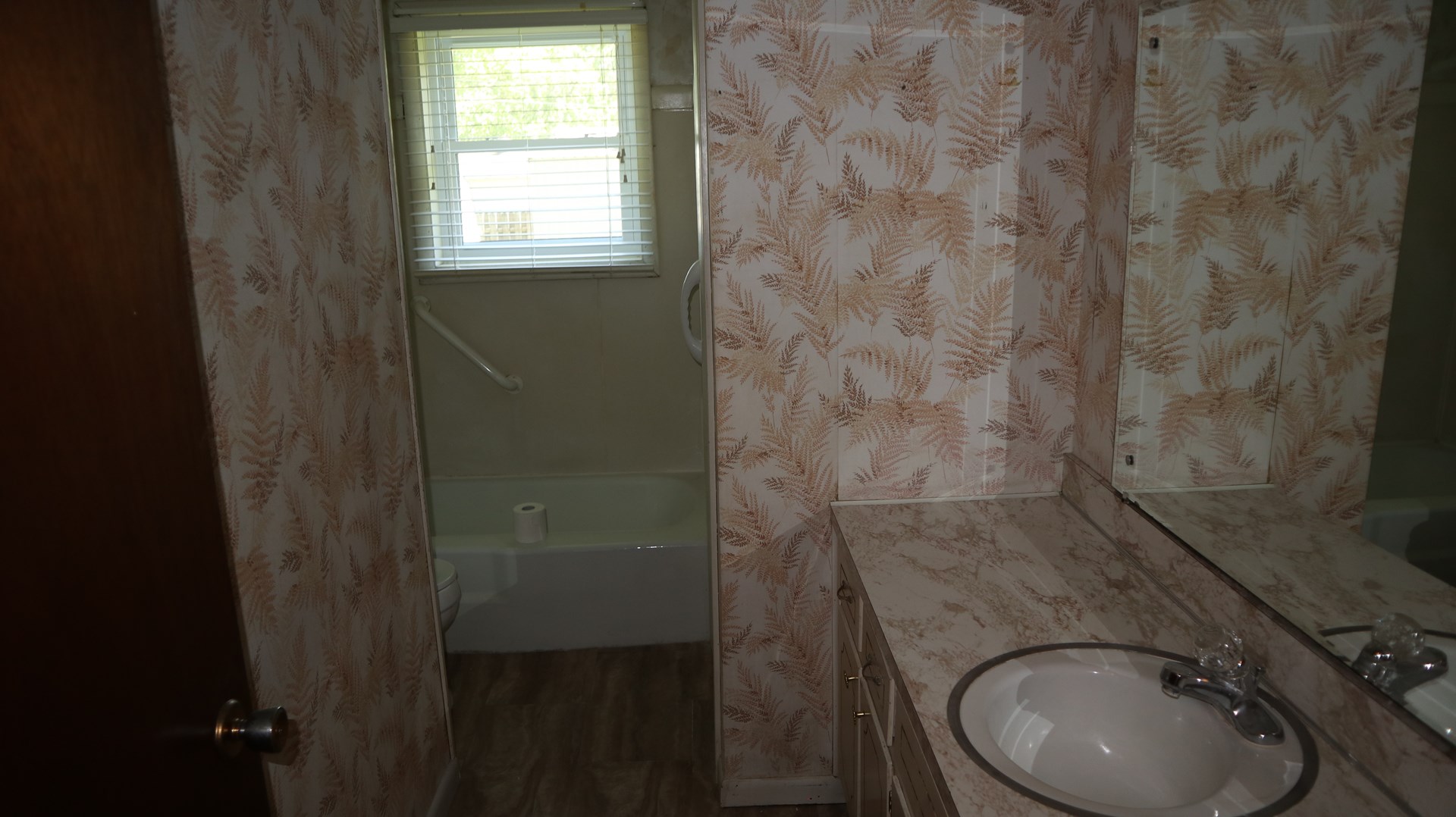 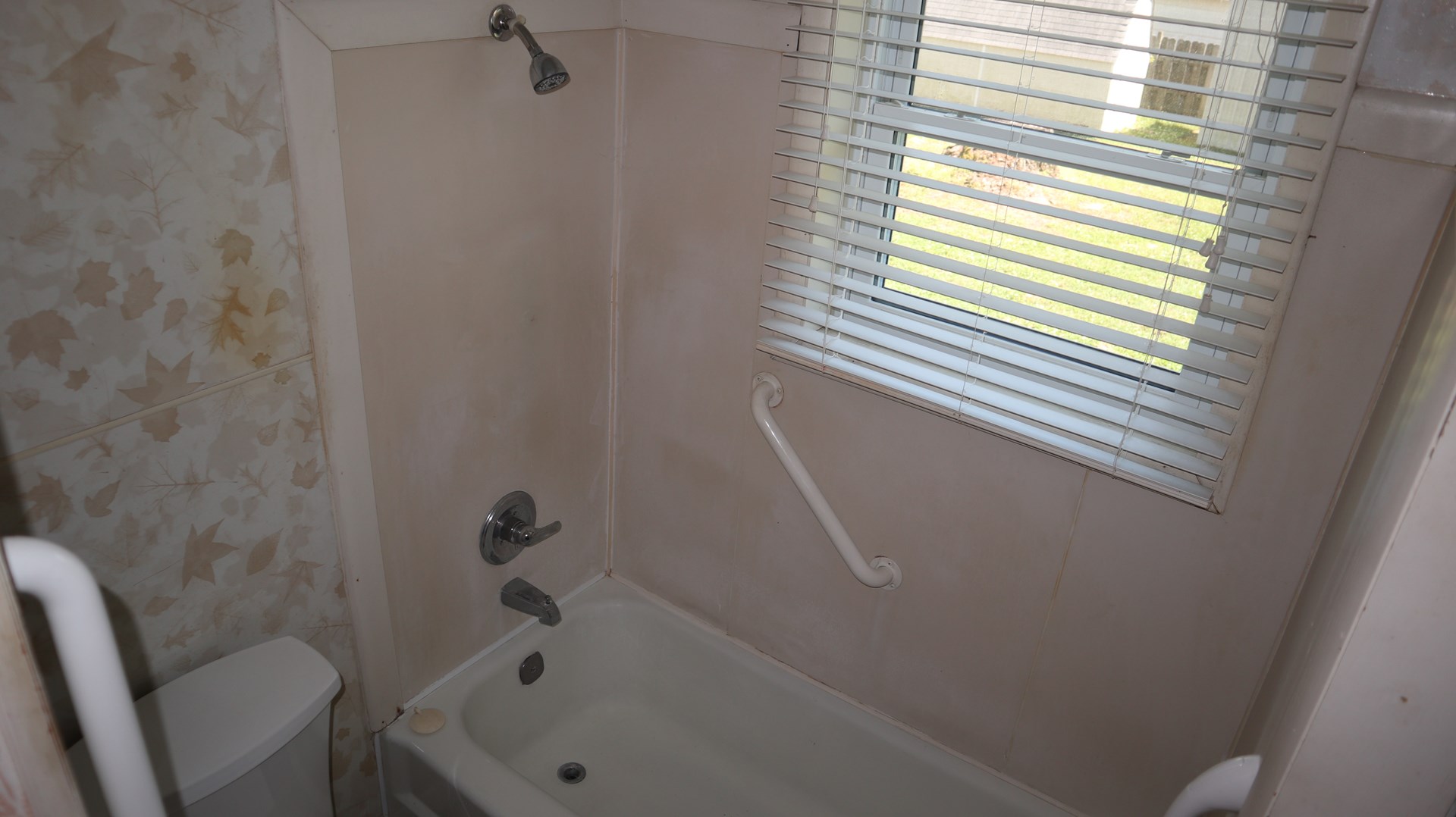 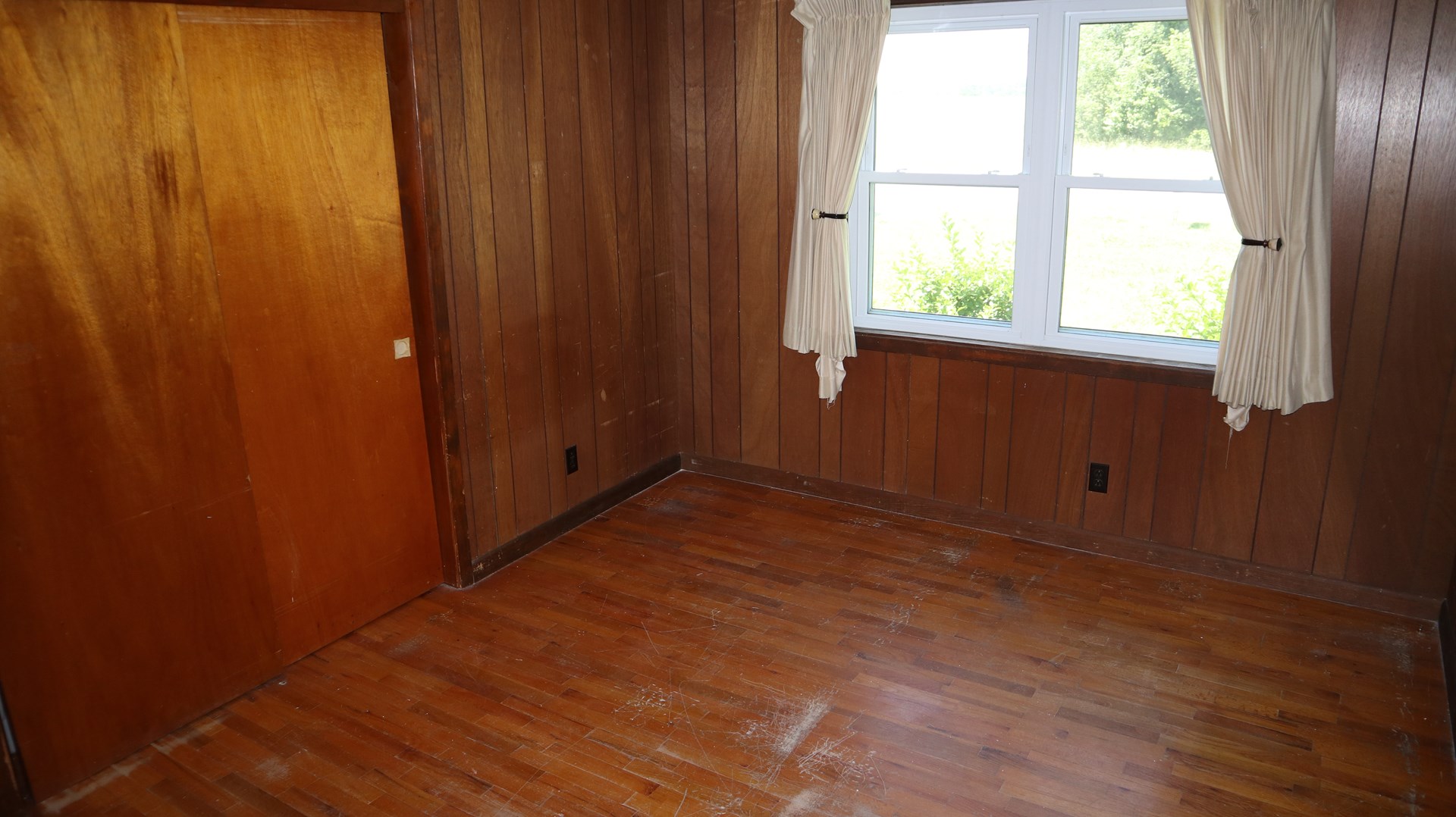 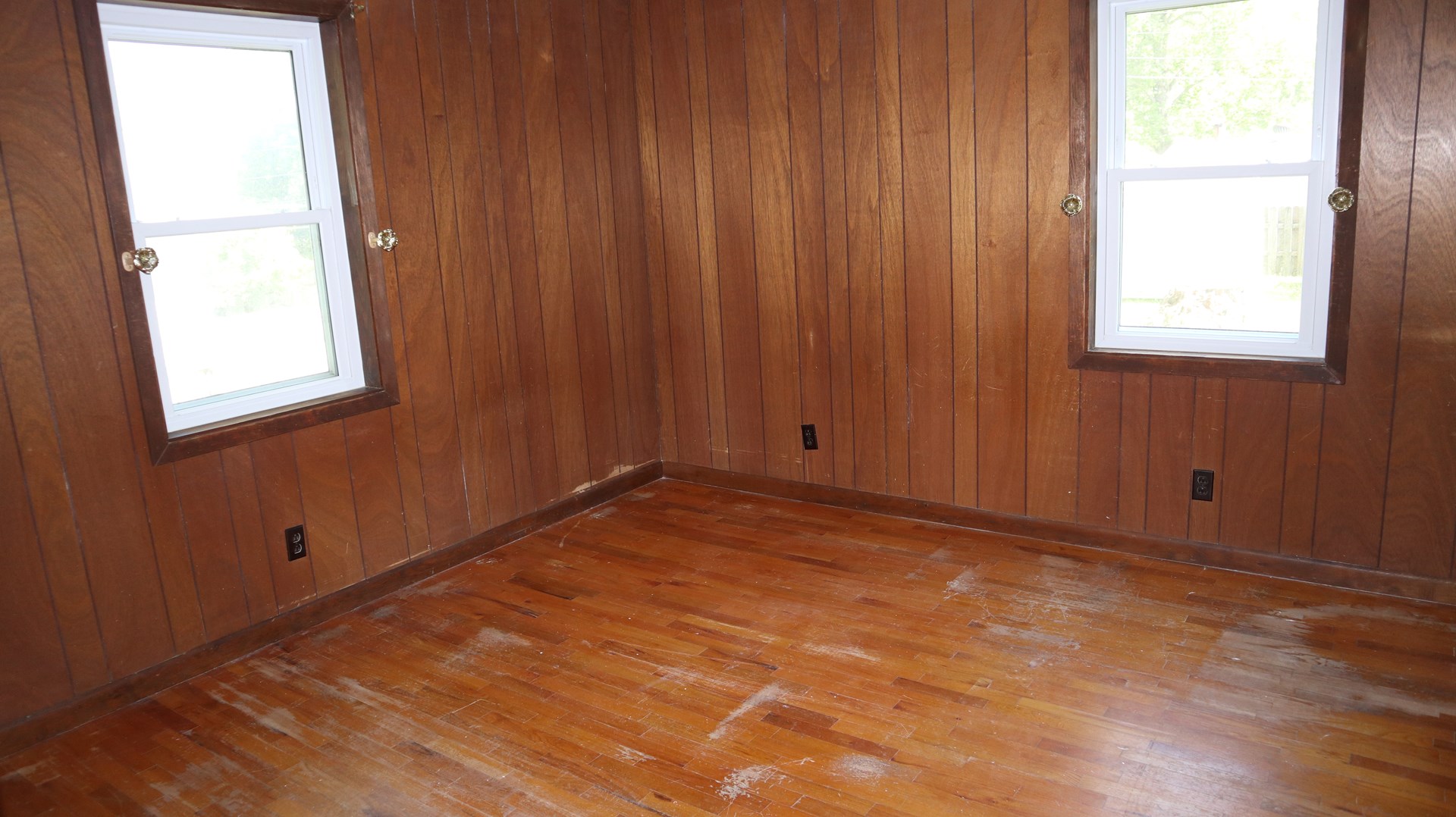 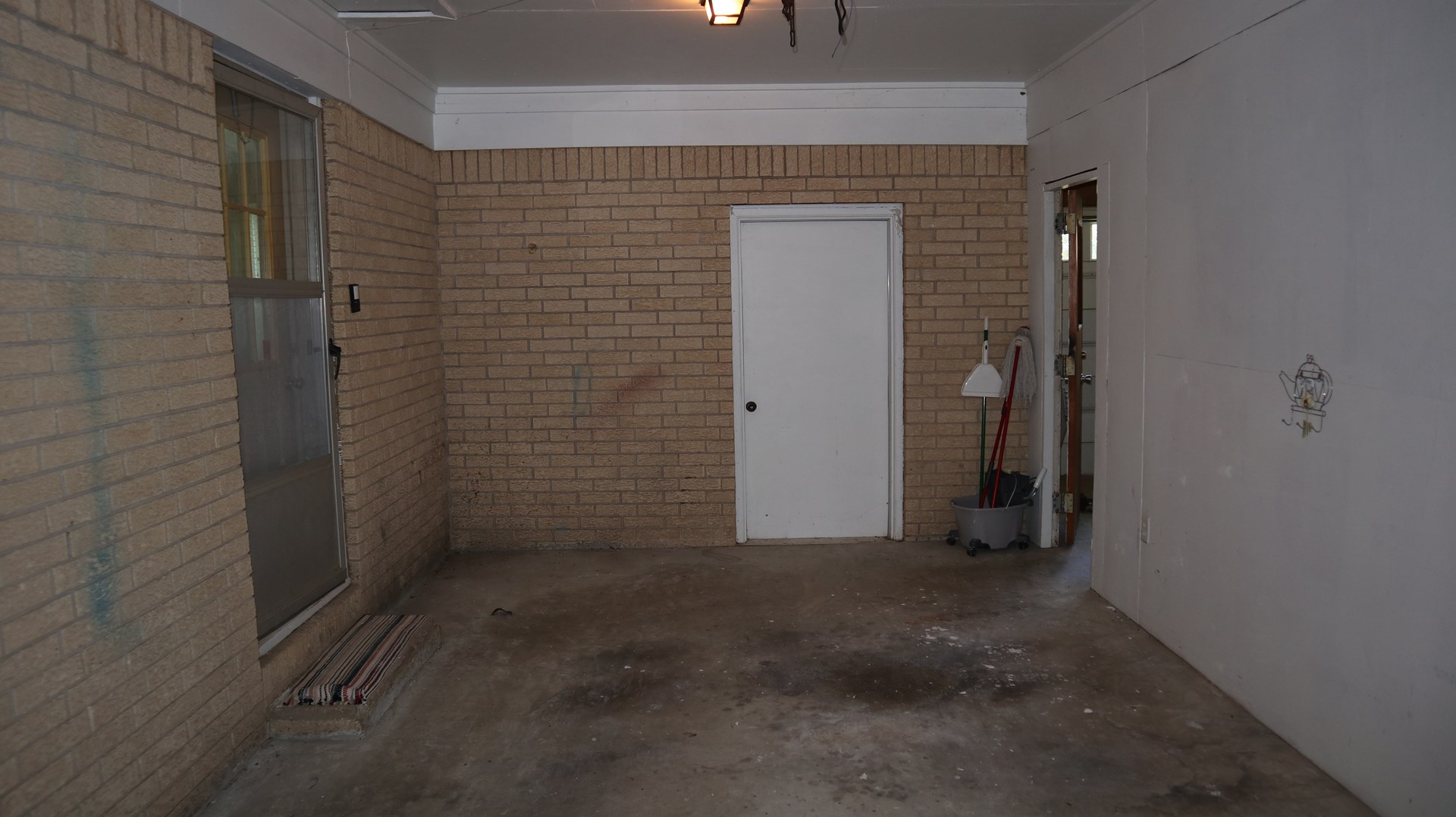 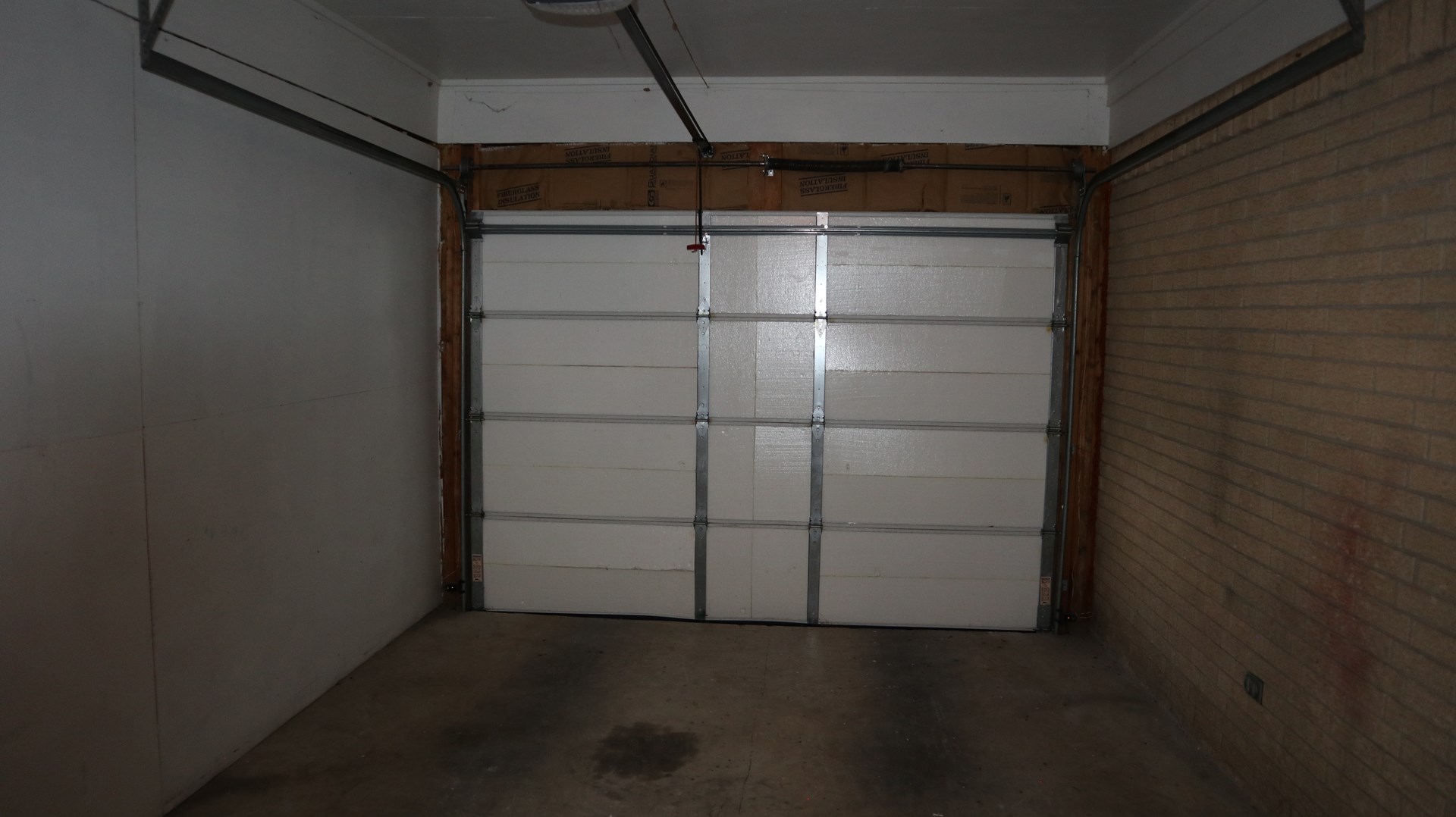 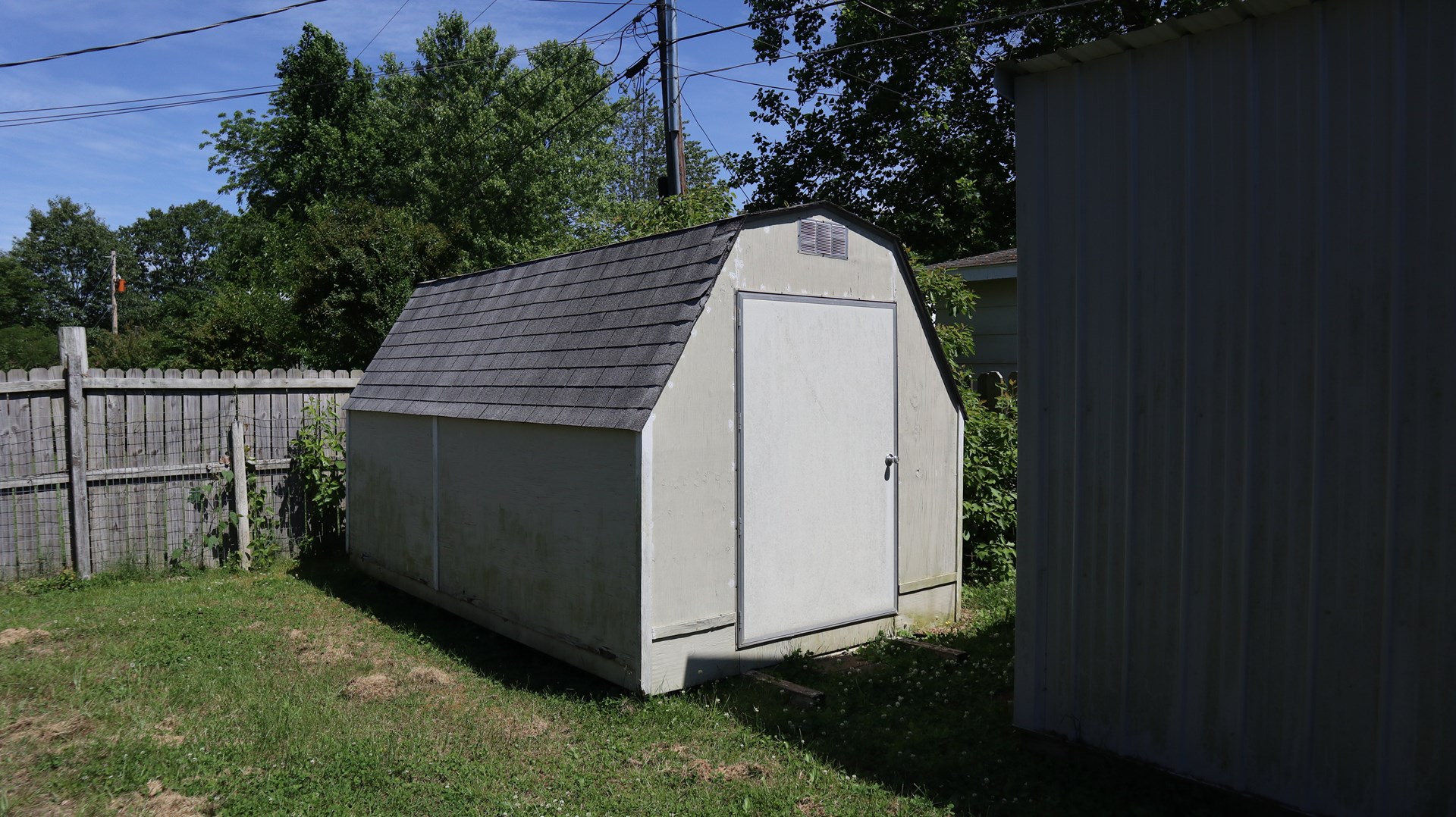 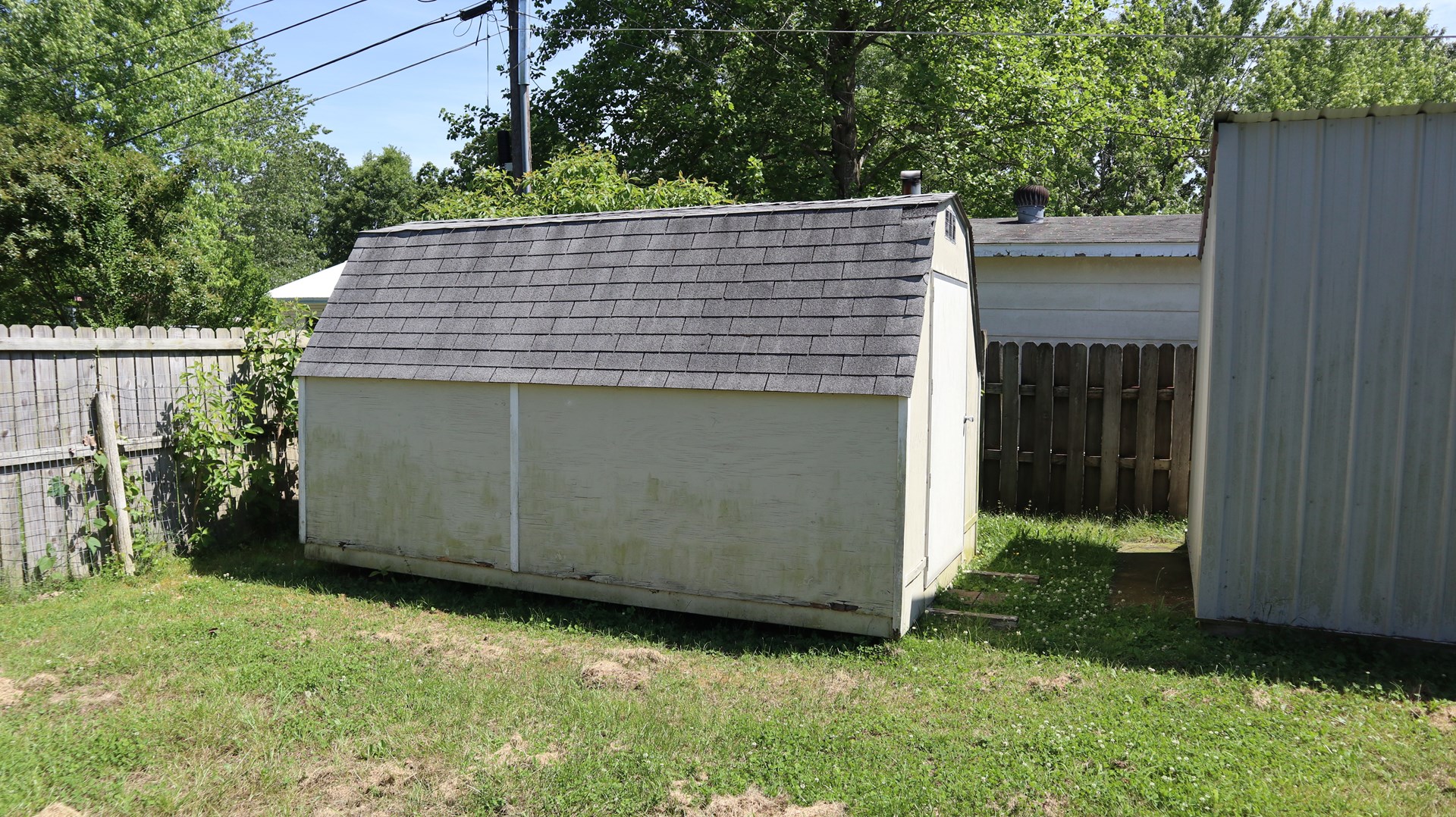 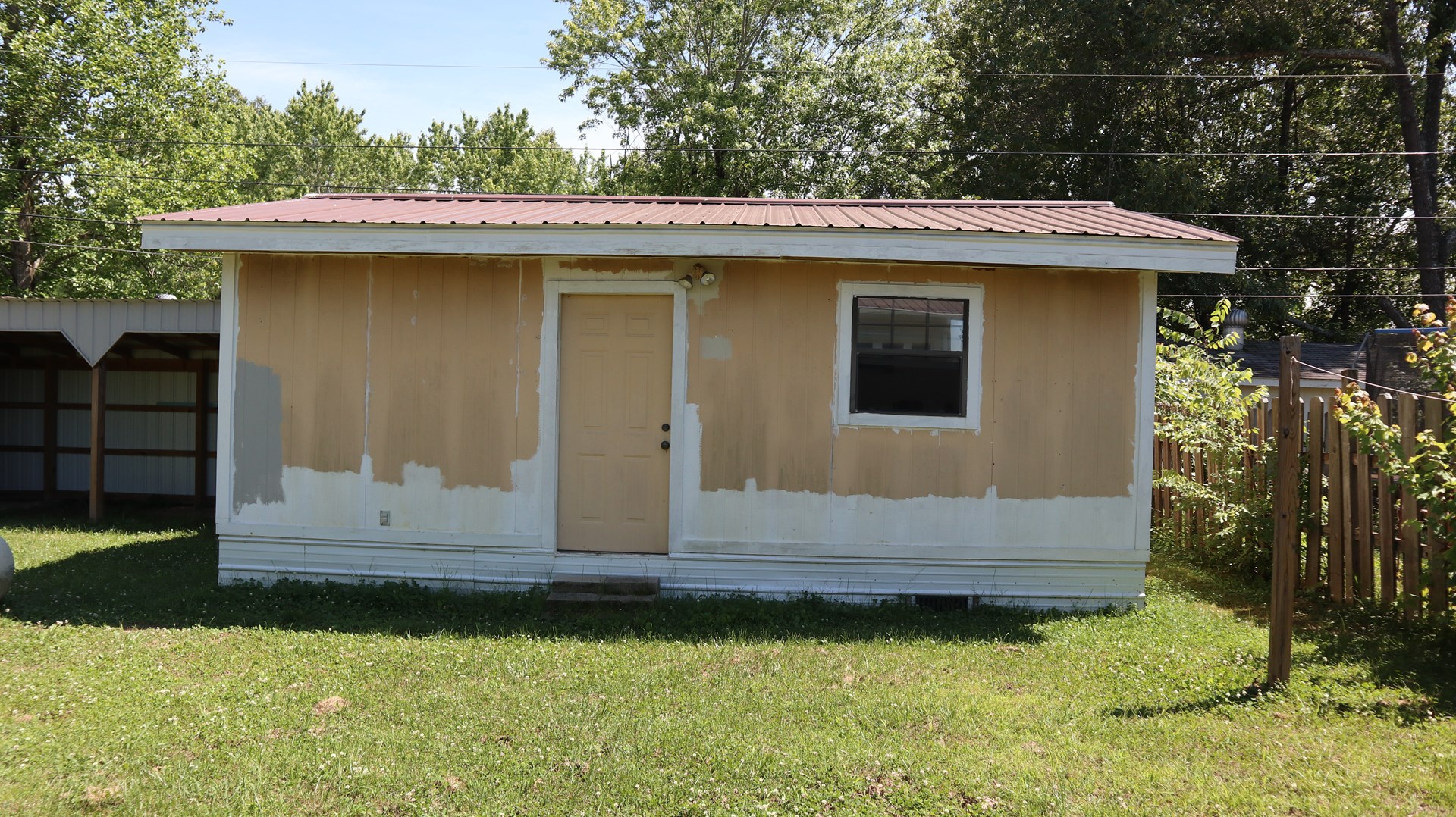 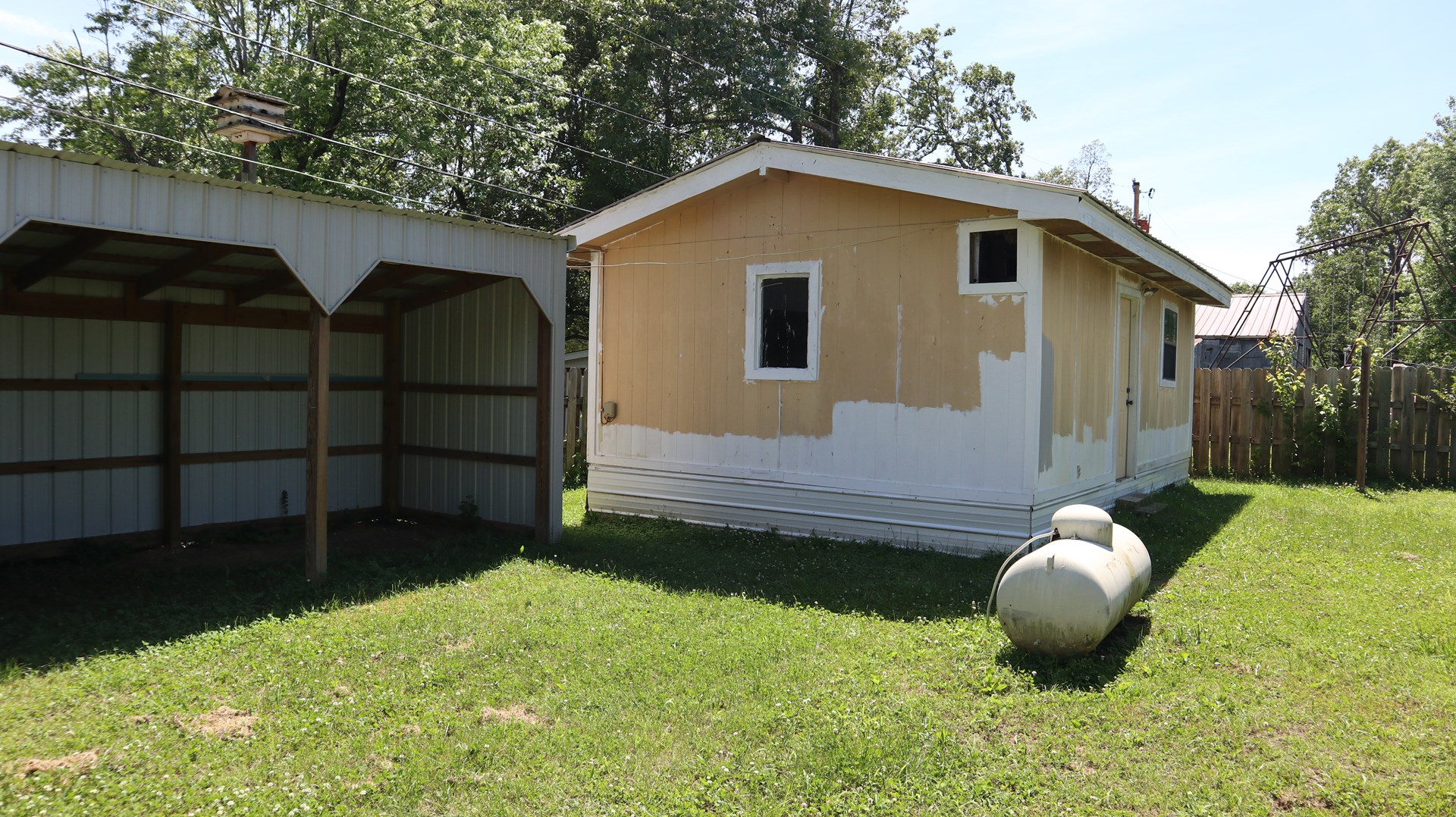 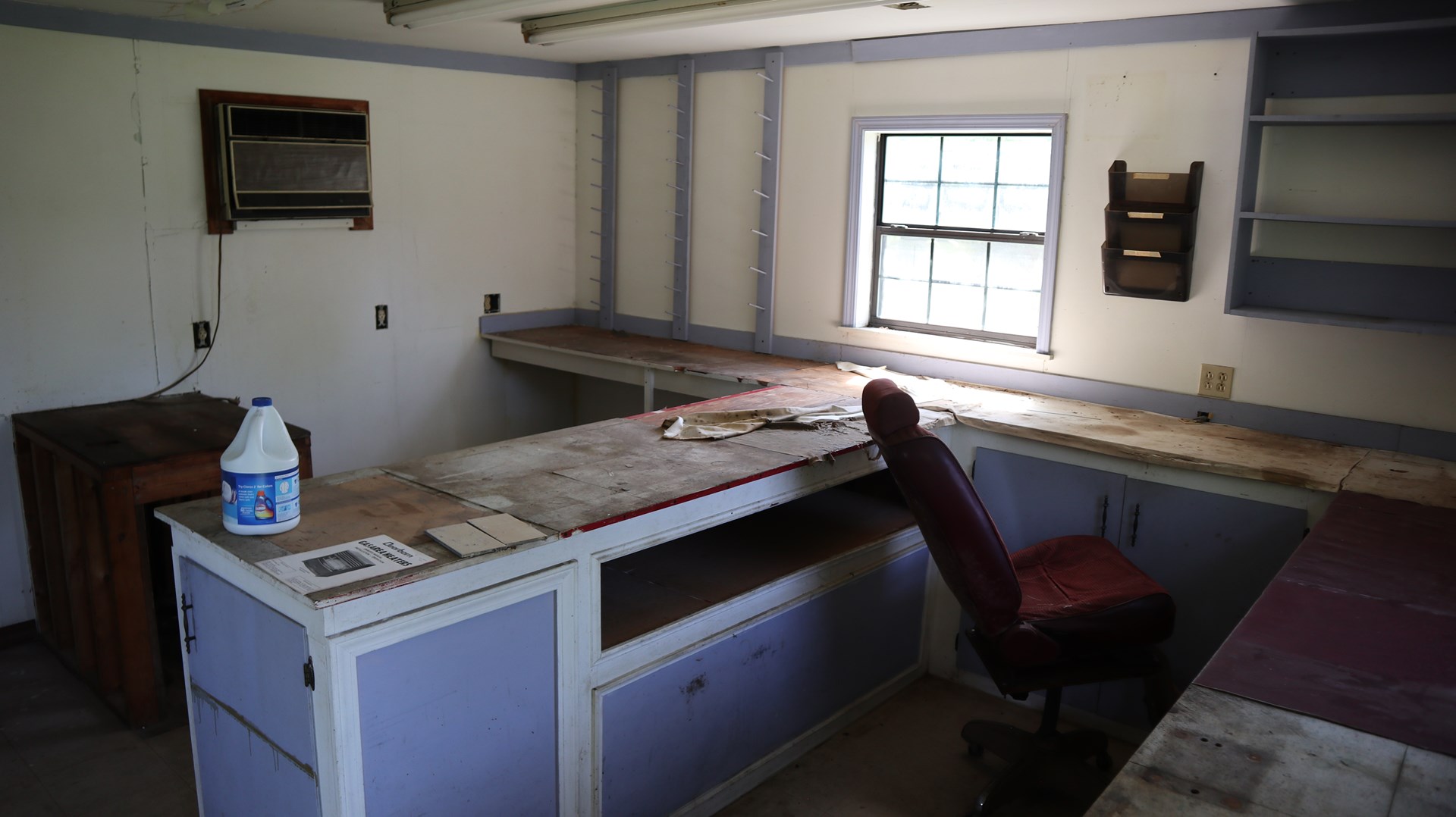 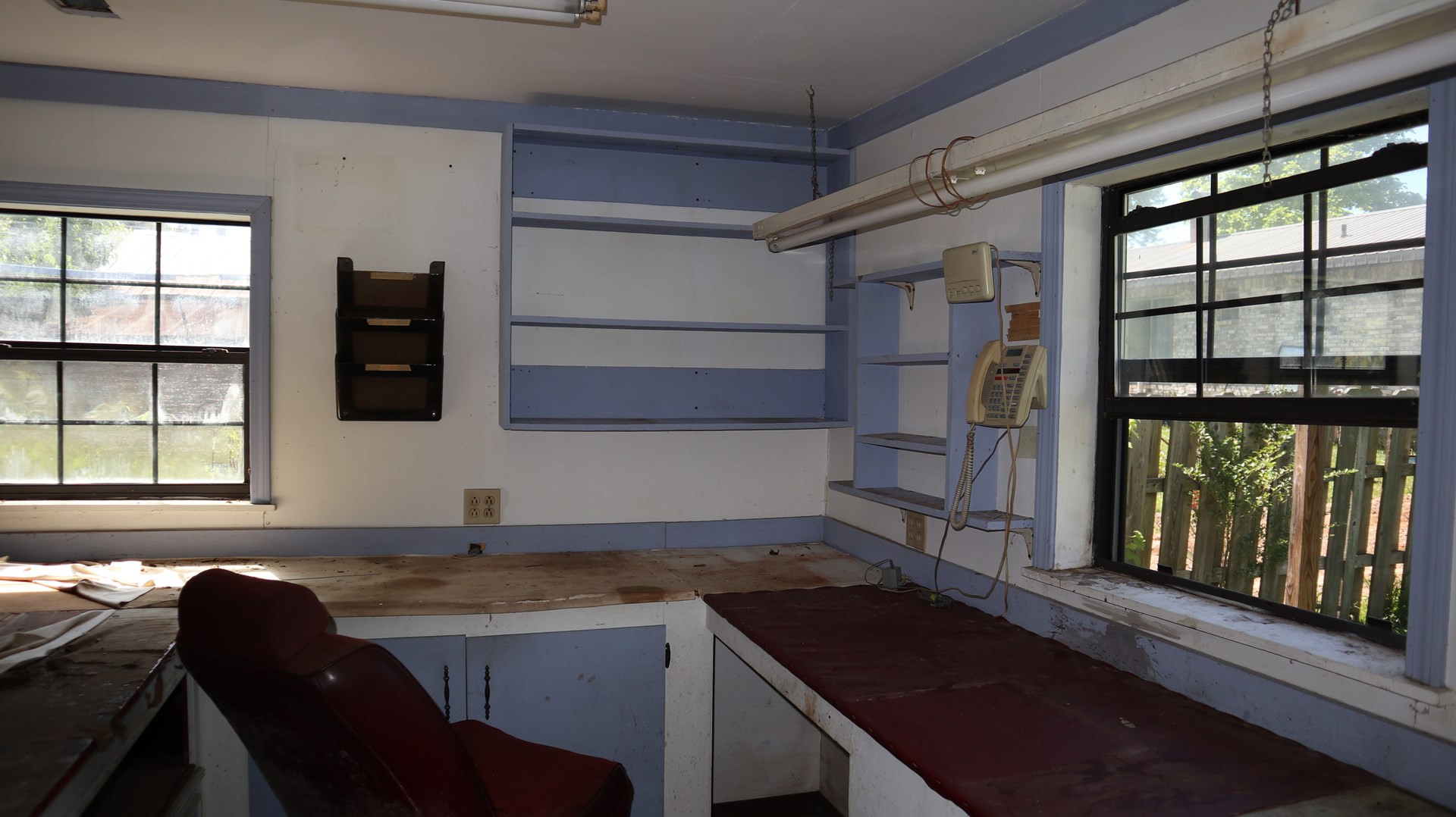 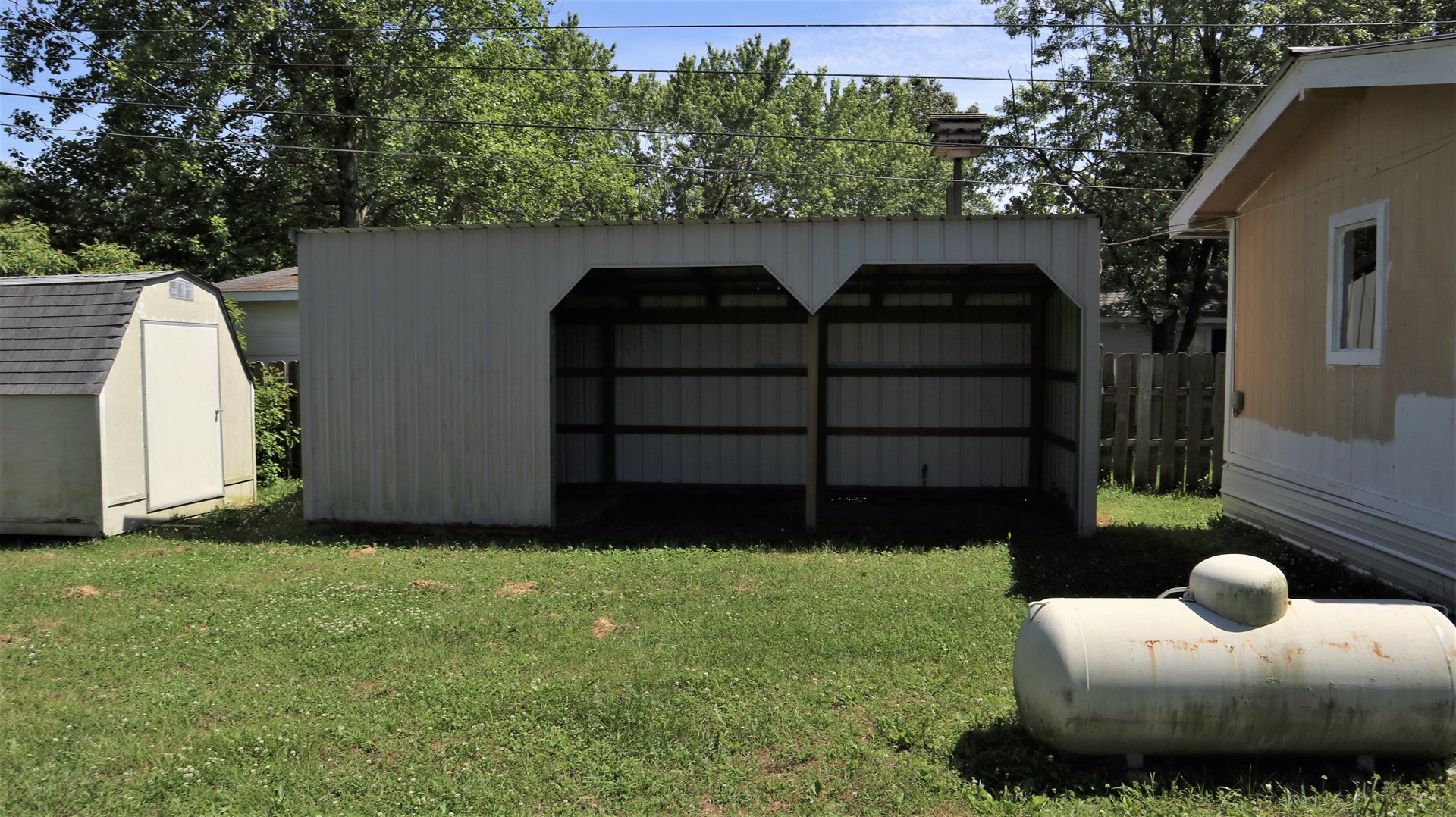 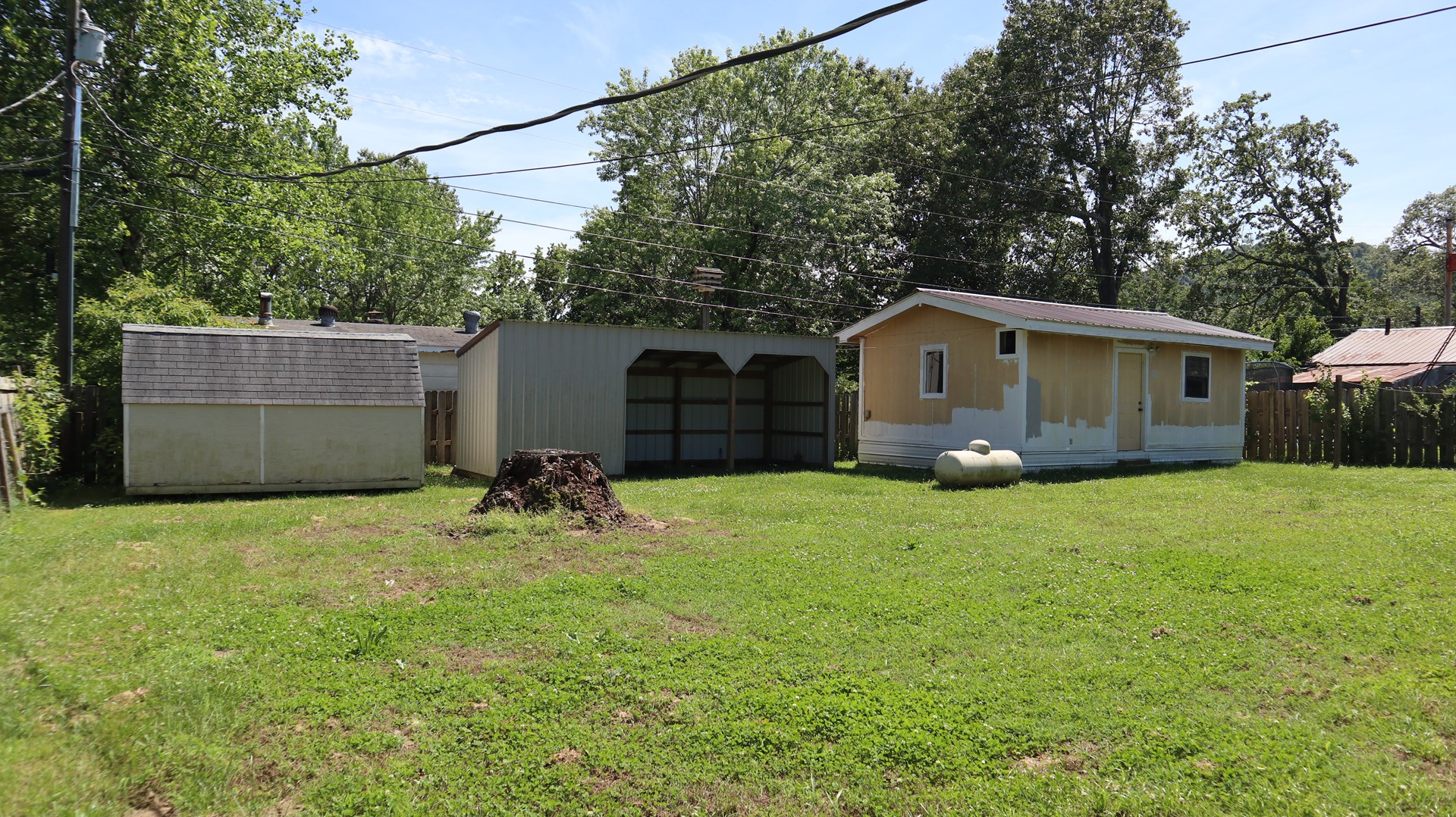 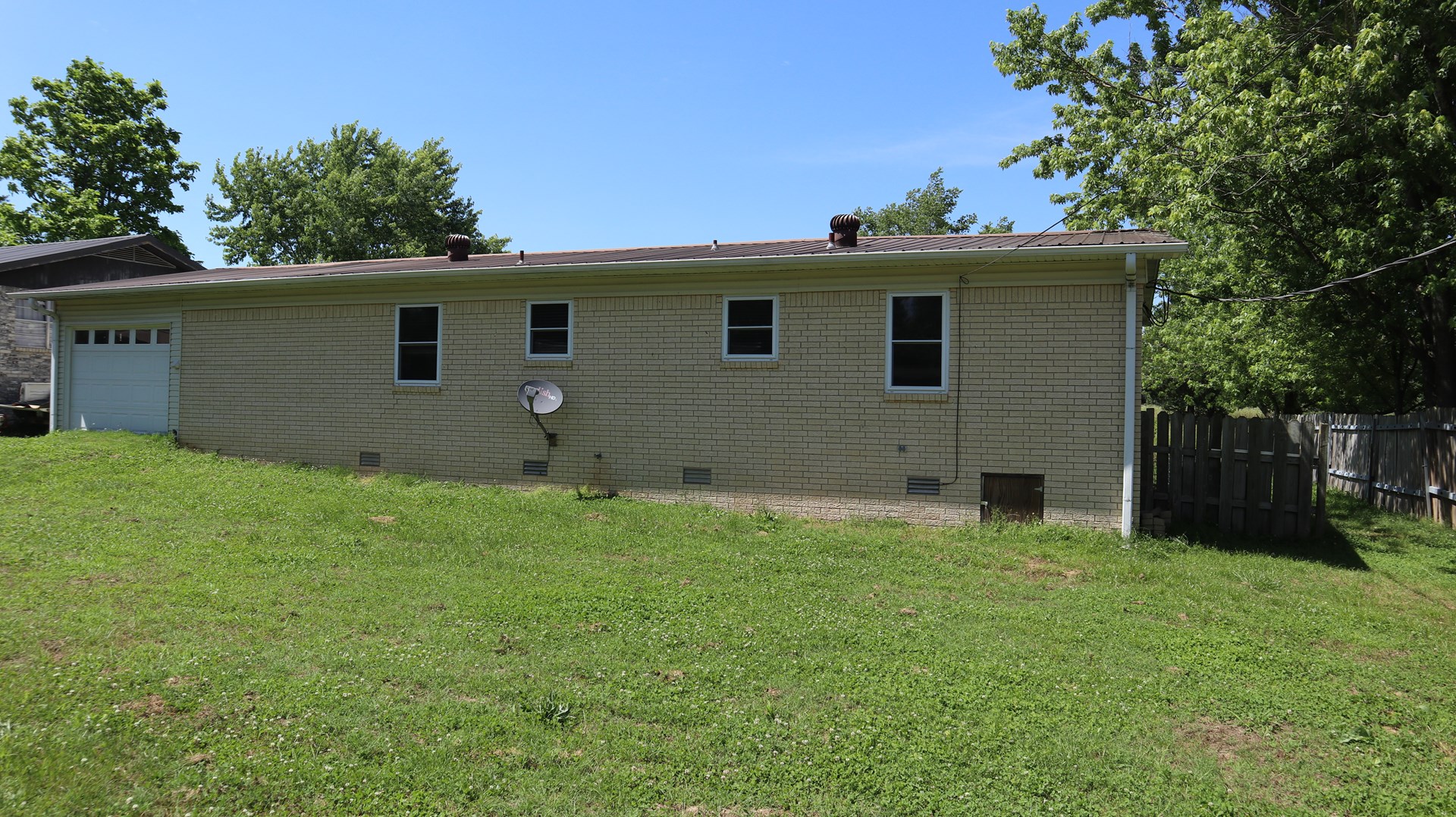 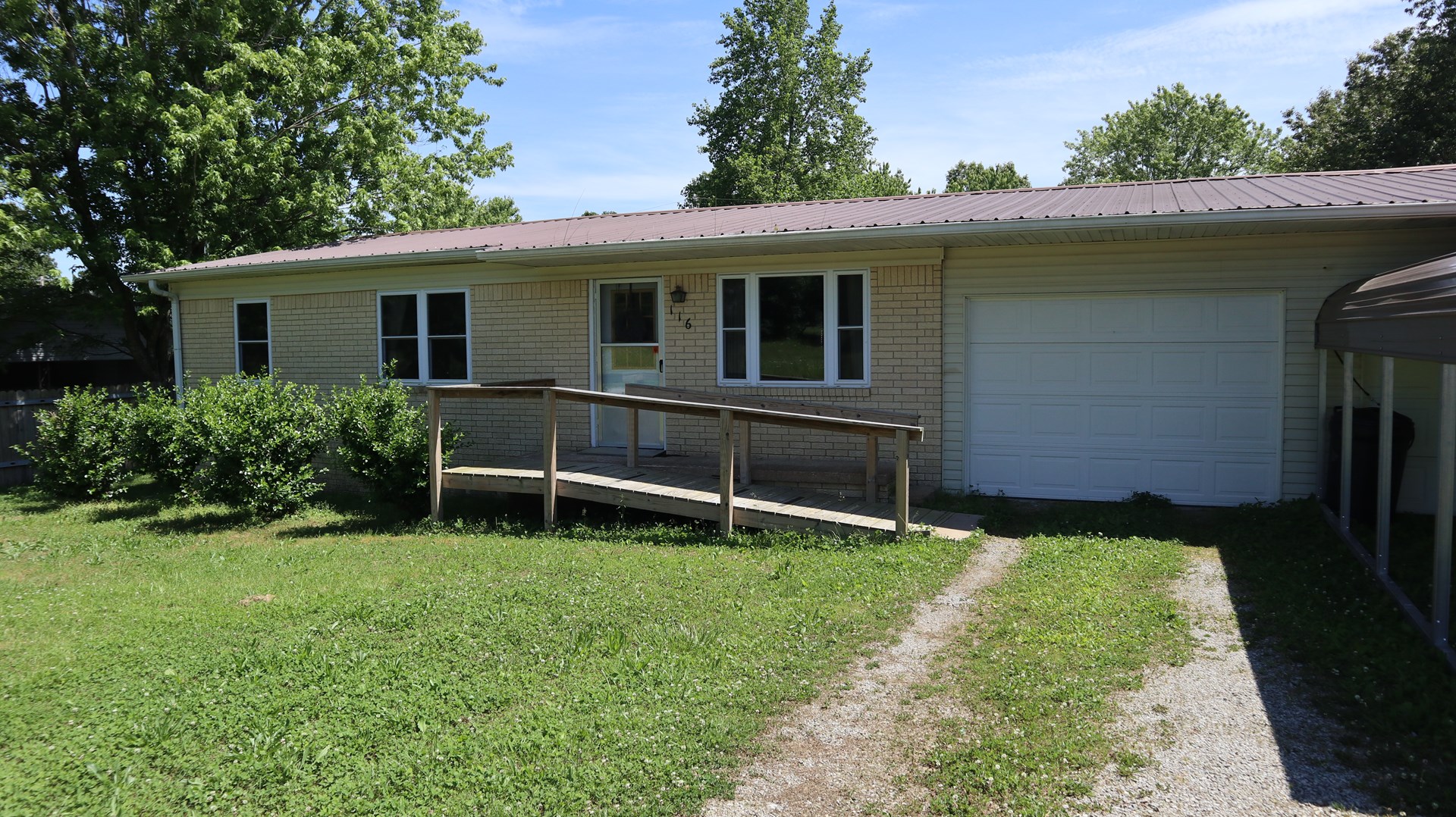 This home would make for a great starter home or as an investment rental. It is located in the small rural town of Salem, Arkansas in the foothills of the Ozarks. A low maintenance brick home with metal roof. It has over 1,100 square feet with 3 bedrooms and 1 bath. There is hardwood flooring in the living room and bedrooms and includes a large eat-in kitchen. Newer heatpump but also has a propane heater for backup. Marathon water heater from NAEC. One car garage attached, which leads into a heated and cooled workshop. There are several outbuildings in the backyard including a storage shed, lean to shed and another heated and cooled workshop. It has a good sized backyard and is fenced. Come check out this property today!

Memphis, Tennessee- Memphis is a pilgrimage for those wanting to visit the birthplace of the blues, of soul and of rock 'n' roll. On Beale Street, W.C. Handy put down on paper the first written blues music. Elvis, Roy Orbison, Jerry Lee Lewis, and Johnny Cash all recorded at the historic Sun Records, which is now a museum. Graceland, the second most-visited home in America, welcomes visitors from around the world who yearn for a peek into the life of "the King." Beyond the music, Tennessee's largest city also offers much more. It has more sunny days each year than Miami and combines southern tradition and hospitality with modern amenities. You'll enjoy great dining (be sure to sample the barbecued ribs), art galleries and exciting nightlife.

St. Louis, Missouri - Built along the western bank of the Mississippi River. The city had an estimated March 22, 2018 population of 308,626[8] and is the cultural and economic center of the Greater St. Louis area (home to 2,911,945 people ), which is the largest metropolitan area in Missouri and the 19th-largest in the United States.

Tulsa, Oklahoma - Tulsa is a city on the Arkansas River, in the U.S. state of Oklahoma. It’s known for its art deco architecture, mostly in the central Deco District. Landmarks like the Philcade and Philtower buildings reflect a 20th-century construction boom fueled by the prosperous local oil industry. The Philbrook Museum of Art is housed in an Italianate villa that was once the home of a local oil magnate.

Boating, water skiing, camping, and swimming are all extremely popular on the lake.

Michael Wright and Linette Wright are Rural Real Estate Specialists and Realtors in the north central Arkansas area. They are with United Country Moody Realty, Inc in Salem, AR and have over 17 years of experience in the real estate industry. The Wright Team enjoys rural, country living in the Ozarks including gardening, glamping and kayaking. Enjoying a slower pace of life and southern hospitality, they don't just sell properties; they sell Lifestyle. The Wright Team wants to help you find your special place in the foothills of the Ozarks.

It was a very complicated sale. Before the Wright Team contacted my wife and me, two other agents dropped us after their first trip to the 20 acres. The Wrights were like two angels sent to us from Heaven. We have nothing but highest admiration for them both. They are consummate professionals.  Also, I was a real estate attorney for 40 years with the title company the buyers chose, which title company was over zealous in its requirements. I was ready to give up, but the Wrights persevered. What more can I say? George & Sylvia Whitworth

Wow! What a great experience working with the Wright team. We tried selling by other means with no luck. Michael and Linette advised us through every step of the way selling our house. Now they will be helping us buy. Special thanks to the Wright Team. -Michael Vest

I would recommend Linette Wright and Michael Wright to anyone looking to buy or sell. They both are very knowledgeable in the real estate market. They work hard to make every client's experience satisfactorily. Both are honest and friendly. I wouldn't hesitate to call them if you are looking for a real estate agent. -Melissa Pastrana

Michael and Linette are an amazing team! They really care about their clients and are so helpful during the complicated process of buying and selling a home. I would highly recommend them! They are truly the right team!  -Alexis Davis

Michael Wright was born and raised in Texas, but he moved to North Central Arkansas in 2002 where he fell in love with the Rural Arkansas country living. He recently retired from the automotive field after 32 years. He is excited to start his second career as a Real Estate Agent for United Country Moody Realty in Salem, AR, located in Fulton County. He likes glamping and kayaking in the beautiful foothills of the Ozark Mountains of North Central Arkansas and Southern Missouri. So when you are ready to find your country property, let Michael Wright be your Rural Real Estate Specialist. Please contact him at mwright.uc@gmail.com or 870-291-0611.

Michael is a wonderful agent, he has gone above and beyond to help us in our search for just the right property. Michael's knowledge of the area and willingness to help has been a real asset in our search as we currently reside out of state. Michael is a kind and warm person who takes the time to really get to know the needs of his clients. We could not be in better hands. -GST

Michael was very friendly, he was very helpful through out the whole process. Whether I had question about the property or the area he got me the answers I needed in a timely manner. I would highly recommend Michael for your property needs. - JVD

Linette has been a real estate broker for over 15 years, serving North Central Arkansas. She is very familiar with the area having grown up in Izard County and returned back home after graduating from the University of Arkansas. Linette loves rural, country living including gardening and glamping in the beautiful foothills of the Ozark Mountains. She is now the Executive Broker/Office Manager of United Country Moody Realty, Inc. The best part of her job is seeing the Buyers "wow" face when they find their dream home! She enjoys being part of making your dream become a reality!

I have been working with Linette (Wright) for the past several years. I’ve been impressed with her efficiency from day one. If I need something I know I can email or call Linette and I will have it. She knows her business and is always on top of my requests. I don’t have to explain things as she knows the documents and processes used in our businesses and can get me what I need the first time I ask. Linette is always willing to jump in and help. I’ve had clients forget things, needed to have them sign something and get it right back to me, or had stacks of information they needed to be mailed or emailed. Linette takes them in hand, gets everything processed and over to me and it’s correct every time! She is patient and that goes a long way when you’re working with a process the general public doesn’t understand. And finally, Linette is a joy to work with. She is very pleasant to me and my clients. She never complains or says she doesn’t have time to assist us. I wish more of the staff I deal with were like Linette. She is a valuable member of not only her office but the entire team it takes to make a transaction successful.

Linette Wright is an excellent representative for your company. She has been both friendly and helpful and provided us with excellent, professional service. Linette was always very responsive to our needs and prompt in handling all our questions. She is very knowledgeable and organized. All the necessary paperwork needed to complete our real estate transactions was ready and complete in a very timely manner. We would not hesitate to recommend Linette and United Country Ozark Realty to anyone and will definitely use them again for any of our future real estate needs. Thank you, Linette, for your help and professionalism throughout this process.